I try not to let my mood fuck up my writing -- but as you can see below, I wasn't feeling terribly clever or insightful today. So here you have it.

A.O. Scott of the New York Times called this six-hour Italian flick the best film of 2005. It follows the lives of two brothers from the 1960s to the present, so if you've got six hours to spare, A.O. Scott suggests you see this bitch now.

I remember truly disliking this crime flick, loosely related to director Rafelson and star Nicholson's magnificent Five Easy Pieces. While Michael Caine and Judy Davis also grace the cast, you're going to have to endure the likes of J. Lo and the usually-deplorable Stephen Dorff.

The hilarious assholes from Buddyhead.com have compiled just for you a collection of music videos you're sure not to see on MTV, MTV2, MTV84, or really any of their other incarnations. Features on the disc are Enon, Ted Leo and the Pharmacists, the Yeah Yeah Yeahs, Atari Teenage Riot, TV on the Radio, etc. For a full track listing visit the link above.

Apparently 'crunk' does not just mean being drunk and high at the same time, but also refers to a particularly rap music "movement" that is "sweeping the South" as the description reads. Hmm. Do you wonder if a bunch of high school moms are going to ever form M.A.C.D. (Mothers Against Crunk Drivers)?

From the directors of Drôle de Félix (The Adventurs of Felix), Jeanne et le garçon formidable (Jeanne and the Perfect Guy), and Ma vraie vie à Rouen (My Life on Ice) -- all of which are pretty decent flicks -- comes an outrageous (!) French sex farce. Starring Valeria Bruni Tedeschi (5x2) and Jean-Marc Barr (Dogville).

Do you really think this could be as vile as Jerry Maguire or Vanilla Sky? On a high note, this one doesn't pair Cameron Crowe with Tom Cruise (if I haven't mentioned this before, I shall now... the only thing I hate more than genocide is Tom Cruise). But are Kirsten Dunst and Orlando Bloom amiable substitutes? I think not. Just keep in mind that Jane Fonda turned this down to be in Monster-in-Law. Scary.

He's made enough masterpieces... let's just let Antonioni, at 90, film a bunch of naked ladies dancing on a beach. It's fine. Thankfully, Wong Kar-wai's entry, "The Hand," comes first, so you can turn it off after that. Plus, it contains the most heartbreaking hand job you'll ever see onscreen.

I'm working on a longer piece about this film, about Russia's most infamous serial killer. Malcolm McDowell is quite good, and Angelo Badalamenti provides a wonderfully dreamy score to this otherwise throw-away flick.

A film about the memoirs of Lillian Hellman (played by Fonda), writer of the play The Children's Hour, and her relationship with the title character (Vanessa Redgrave) as she tries to get Hellman to help smuggle money out of Nazi Germany. It won a bunch of Oscars back in the day, including one for Redgrave and Jason Robards, and marks the film debut of Meryl Streep.

Probably only released on DVD because of the success of Brokeback Mountain. Here's Hollywood's first attempt at presenting a gay romance as normal, starring Michael Ontkean who will always be known to be as Sheriff Harry S Truman from Twin Peaks.

Oh boy. As my friend Mike said, "look, it's a French Junior!" Another oh-so-silly Demy film with the oh-so-beautiful Catherine Deneuve... this one isn't a muscial (unfortunately) and stars Marcello Mastroianni as a man who finds out he's got a little bun in the oven. 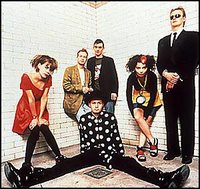 Two Sugarcubes discs are being released this week: one a collection of music videos, the other a live performance. I'm sure you'll get to see plenty of former-frontwoman Björk dance on both discs.

The Unbearable Lightness of Being - dir. Philip Kaufman - 1988 - USA - Warner

Based on the celebrated novel by Milan Kundera (Jesus, these are starting to sound machine-generated... you can tell I'm in a lousy mood), Daniel Day-Lewis, Juliette Binoche, and the exceptional Lena Olin star as a trio of lovers in war-torn Prague. Sure, you have your Criterion disc of this -- but Warner has actually gone and improved the transfer, adding the same features and using an anamorphic transfer (Jesus, who cares? Sorry.) Really, the best reason to buy this over the Criterion is the hot cover with Lena on the mirror. Definately my pick of the week.

I don't have anything witty to say about this. I'm sure if you like Wallace and Gromit in A Close Shave and The Wrong Trausers, you'll like the feature length film.
Posted by reassurance at 4:01 PM