Joseph Sarno, Grey Gardens and the latest from Benten Films 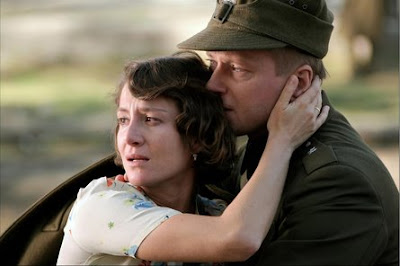 E1 and their subsidiaries have announced their DVD releases for 11 August. Benten Films' The Good Times Kid, from director Azazel Jacobs (Momma's Man), is the highlight of the releases, which also includes Andrzej Wajda's Katyn from Koch Lorber, Les invisibles, with Laurent Lucas and Lio, and Perry Ogden's Pavee Lackeen: The Traveller Girl from Synkronized (note: sure to be delayed), Paul Andrew Williams' London to Brighton and Joseph Sarno's All the Sins of Sodom from Secret Key/Alternative Cinema. A three-film set of Sarno's "Deep Throat Sex Comedies" will be out 14 July; the titles are Deep Throat 2, The Switch and A Touch of Genie. Cinema Epoch's release of Seijun Suzuki's A Tale of Sorrow has been pushed to 14 July as well.

A collection of 39+ slapstick shorts starring Charley Case entitled Becoming Charley Case has been re-announced for 28 July, after Facets' intended release was delayed a few months back. The dates for Magnolia's The Girlfriend Experience and Outrage have been pushed up (!) to 1 September.

Eric pointed out that Peter Bogdanovich's Directed by John Ford will finally be making its DVD debut on 15 September, and likely to piss off many people, is a director-approved update of the film. Dragon Dynasty announced a Special Edition of the martial arts classic Five Deadly Venoms for 18 August as well. 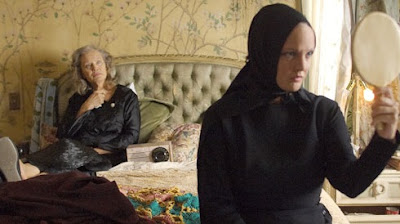 HBO will have the Drew Barrymore/Jessica Lange update of Grey Gardens, which I still haven't watched, on 14 July. Should I waste my time on it or not? Warner/New Line is releasing Michael Cimino's The Sunchaser, with Woody Harrelson, Anne Bancroft, Jon Seda and Talisa Soto, on 25 August. And finally, Sony announced a Blu-ray of Punch-Drunk Love for 15 September.
Posted by reassurance at 10:37 PM