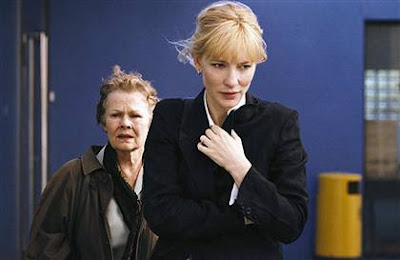 Was Notes on a Scandal really nominated for Oscars? Best Actress, Supporting Actress, and Adapted Screenplay? It's destined to become some sort of camp classic, as both revered actresses Judi Dench and Cate Blanchett ham it up throughout most of the film. I really think someone should make a YouTube montage of the best overracting scenes in the film, sort of like someone did with Neil LaBute's abhorrent (or hilarious?) The Wicker Man. I hope when Notes on a Scandal drops from video store new releases that it lands in the horror section, as it's pretty much a slasher film with a crusty ol' dyke terrorizing a pretty young woman. If you don't chuckle at the final scene of the film, I'm not sure what's wrong with you. 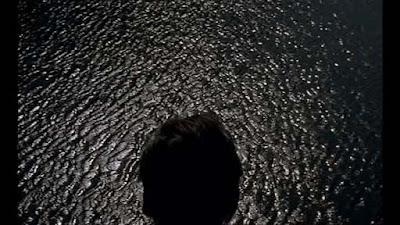 On an unrelated note, I must highly recommend (and at the same time, not recommend) Phillippe Grandrieux's Sombre, which was just released on DVD by Koch Lorber. It's almost as if the film was made just for my perverse French film obsession, a longing, frustrating, claustrophobic, meandering, exquisite, painful, heartbreaking, gorgeous motion picture, and I know for certain that most people will loathe the very core of Grandrieux's vision. So, if you lay around your house waiting for the next installment of French extremist cinema, give Sombre a gander.
Posted by reassurance at 5:24 PM