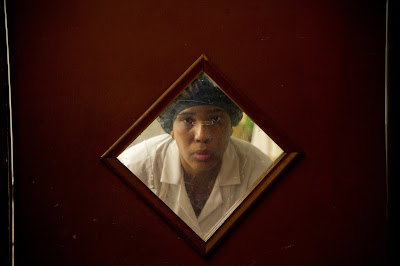 I'm not quite sure how I want to format this new portion of my blog that I'm going to dedicate to exciting upcoming screenings in San Francisco, so bear with me as I figure out the best format for this. This post will cover up till October 20th, and all screenings are subject to change. As far as current theatrical engagements are concerned, there's only one film for me, and that's Lee Daniels' disaster at the year's Cannes Film Festival, The Paperboy, which opened in San Francisco last Friday. From all of the descriptions and reviews I've glanced over, it sounds like Daniels has returned to the absurdness of Shadowboxer after a brief stint as an Oscar darling with Precious. The rest of the screenings are in chronological order.

October 11 - 21: The Arab Film Festival opens with Sameh Zoabi's 2010 comedy Man Without a Cell Phone at 7:30 pm at the Castro Theater. The traveling film festival, now in its sixteenth year, moves onto additional California locales in San Jose, Berkeley, Los Angeles, and San Diego. Other films screening at the festival include the French comedy Top Floor, Left Wing (Dernier étage gauche gauche), winner of the FIPRESCI Prize at last year's Berlinale; Faouzi Bensaïdi's heist drama Death for Sale, which will represent Morocco for the Best Foreign Language Film at next year's Oscars; Khalid Al-Haggar's Lust, which was Egypt's Oscar submission last year; Namir Abdel Messeeh's inventive documentary The Virgin, the Copts, and Me (La Vierge, les Coptes et moi...), which played at both this year's Berlinale and Tribeca Film Festival; and the Dutch road movie Rabat (pictured above). All screenings, except for the opening night gala, will be held at the Embarcadero Center Cinema.

October 11, 13, 14: Chantal Akerman's latest film, Almayer's Folly (La folie Almayer), comes to the Yerba Buena Center for a three-day run. The film is adapted from the novel of the same name by Joseph Conrad and reteams the director with her La captive star Stanislas Merhar. 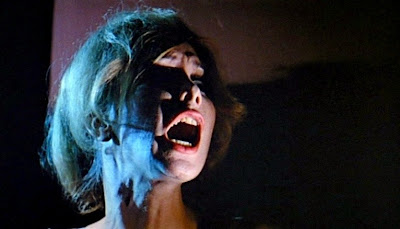 October 11: The Thursday Film Cult will be hosting several horror-themed double features during the month of October at The Vortex Room. On the 11th, it will be a 16mm print of Mario Bava's Blood and Black Lace (Sei donne per l'assassino) and Andrew Sinclair's Blueblood, a British occult film with Oliver Reed and Derek Jacobi. Showtime at 9pm.

October 12 - 14: At New People Cinema, the Film Society of San Francisco presents Taiwan Film Days, which will showcase seven Taiwanese films over its three days, including Edward Yang's classic four-hour epic A Brighter Summer Day, which is still MIA on DVD. Yang's widow is expected to be in attendance. 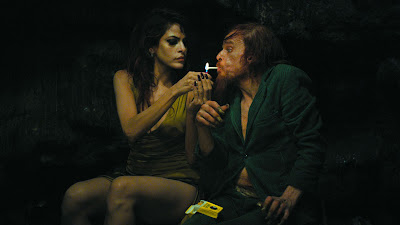 October 11 - 14: For those willing to make the trek north to Mill Valley, there are still a few days left of the 2012 Mill Valley Film Festival. Screening over the next four days: Leos Carax's Holy Motors (!); Lore, Cate Shortland's follow-up to her lovely Somersault; Cristian Mungiu's Beyond the Hills, a double prize-winner at this year's Cannes Film Festival (Best Actress, Best Screenplay); the latest from director Miguel Gomes (Our Beloved Month of August), Tabu; Hagar Ben Asher's Israeli sex drama The Slut; Abbas Kiarostami's Like Someone in Love; and a music doc about the recording of Stevie Nicks' 2011 album In Your Dreams, with Ms. Nicks herself (!!) in person.

October 12 - 19: Sure to attract a lively crowd, the Castro Theater will present another of its popular sing-a-long events to the film that began Walt Disney Animation's financial resurgence in the late 80s/early 90s (if you aren't counting The Rescuers Down Under), The Little Mermaid. I'd be willing to bet every plus-size drag queen within the city limits will be making at appearance as Ursula for (at least) one of the nightly screenings over its week run. 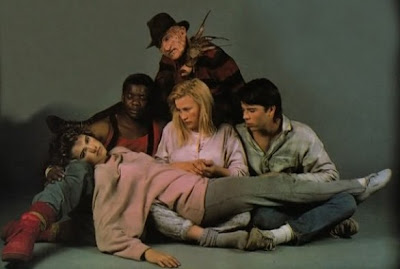 October 13: Midnites for Maniacs have programmed a rather impressive triple-feature for October: A Nightmare on Elm Street 3: Dream Warriors, Tobe Hooper's The Texas Chainsaw Massacre 2; and Clive Barker's original Hellraiser. With a strange cast that joins Patricia Arquette, Laurence Fishburne, and Zsa Zsa Gabor with the leftovers of the first installment Heather Langenkamp and John Saxon (missing from the puzzling, gay panic second film), Dream Warriors is, without question, the best of the entire Elm Street series. In another unusual sequel to a hugely popular horror film, Tobe Hooper's Texas Chainsaw Massacre sequel, made twelve years after the original, has Dennis Hopper on the hunt for the murderous family. All three films are shown on 35mm, starting at 7:30 pm at the Roxie Theater.

October 13: If the above triple-feature doesn't suit your fancy, you can always go to the Clay Theater for a midnight screening of one of the "great" San Francisco films, Tommy Wiseau's The Room. 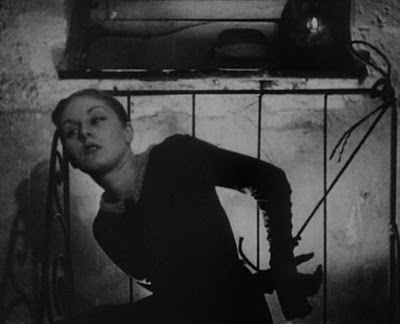 October 15: At the Roxie, Carl Theodor Dreyer's 1932 silent classic Vampyr will be screened with live score by Siouxsie and the Banshees co-founder Steven Severin. Screenings are at 7pm and 9:30pm. 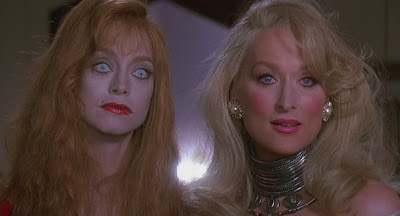 October 20: To celebrate its 20th anniversary just in time for Halloween, Peaches Christ will present a screening/event of/for Robert Zemeckis' Death Becomes Her. Over the past year or so, I've seen Peaches screen/perform Showgirls, Ken Russell's Tommy, and Silence of the Lambs, and this will be the debut run of Death Becomes Her, with Peaches as Madeleine Ashton (Meryl Streep) and Heklina as Helen Sharp (Goldie Hawn).
Posted by reassurance at 4:46 PM