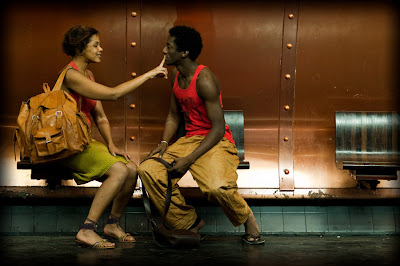 Beginning today, October 24, and running through the 30th, the San Francisco Film Society will be putting on French Cinema Now, a survey of ten French (or Francophone) features from the past couple years. The program opens with Noémie Lvovsky's comedy Camille Rewinds (Camille redouble), which premiered at the Quinzaine des Réalisateurs at this year's Cannes Film Festival. Lvovsky (House of Tolerance, Kings & Queen) stars alongside Samir Guesmi, Yolande Moreau, Michel Vuillermoz, Denis Podalydès, Vincent Lacoste, Jean-Pierre Léaud, Esther Garrel, and Mathieu Amalric. Also screening tomorrow is the debut film from Djinn Carrénard, Donoma, which was the recipient of the prestigious Prix Louis-Delluc du premier film in 2011. Carrénard wrote, directed, produced, shot, and edited the film, which examines race and class issues among a group of Parisian youths. 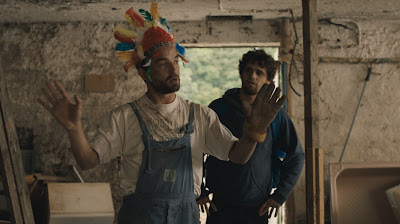 On Friday the 26th, a trio of films are screening. On first, writer/director Stéphane Robelin's star-studded comedy All Together (Et si on vivait tous ensemble?) follows a group of aging friends who decide to move into a house together instead of being forced into a retirement home. Pierre Richard, Claude Rich, and Guy Bedos are joined by French-speaking American actresses Jane Fonda and Geraldine Chaplin, as well as German actor Daniel Brühl as an anthropology student studying the group. All Together is followed by Mobile Home, the feature directing debut of François Pirot, co-screenwriter for Joachim Lafosse's Private Property (Nue propriété) and Private Lessons (Élève libre). This Belgian road film, which played in competition at the Locarno International Film Festival, stars Arthur Dupont (One to Another) and Guillaume Gouix, who can also be seen in Aliyah, as a pair of childhood friends who tire of being unemployed and living with their parents and decide to hit the open road. And finally, a medium-length feature (or moyen métrage), A World Without Women (Un monde sans femmes) from short filmmaker Guillaume Brac, finishes up the night. Though running close to an hour, A World Without Women was nominated for a César earlier this year for Meilleur film de court-métrage (Best Short Film); for further reference, the French consider anything under 60 minutes a "court-métrage" with moyen métrage filling some gray area between short and feature. It screens with Brac's previous short Stranded (Le naufragé), which follows the same central character of Women, Sylvain (Vincent Macaigne); Adélaïde Leroux (Bruno Dumont's Flandres, Ursula Meier's Home) and Julien Lucas (Regular Lovers, You Belong to Me) also star in Le naufragé. 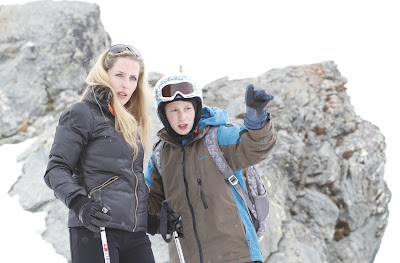 Bruno Dumont's latest Hors Satan screens on Saturday, the 27th; the film premiered in the Un Certain Regard section of the 2011 Cannes Film Festival. Sunday continues with one of the highlights of last year's Critics Week at the Venice Film Festival, Cyril Mennegun's Louise Wimmer. And Ursula Meier's Sister (L'enfant d'en haut), Switzerland's official Oscar submission, will close the program on Tuesday, the 30th. Sister features Léa Seydoux and Kacey Mottet Klein (the youngest child in Meier's Home) as a pair of siblings at a Swiss ski resort. Gillian Anderson, Martin Compston, Jean-François Stévenin, and Yann Trégouët (Artemisia, Born in 68) round out the cast. All of the films, excluding Sister, play twice over the seven days at the Embarcadero Center Theatre. 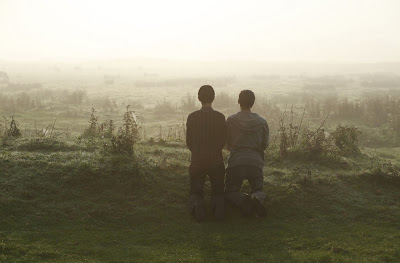 For those curious as to which films already have U.S. distribution: Adopt Films opened Sister in New York earlier this month, with it expanding throughout the country currently. Hors Satan will be released by New Yorker Films in the near future. My Worst Nightmare opened in New York City last week from Strand Releasing, as did All Together from Kino Lorber. And Film Movement will release both Aliyah and Louise Wimmer sometime in 2013. The San Francisco Film Society will be putting on a similar program for Italy in the early part of November. Stay tuned for that.
Posted by reassurance at 6:31 AM