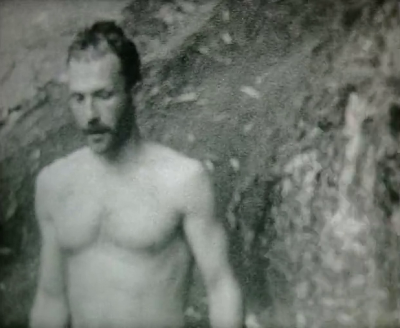 The best short I saw in 2012 was a ten-minute long, super 8 chronicle of a romantic fling/weekend-getaway to Portugal. The titular figure is a ginger-bearded, Swiss horticulturist/dreamboat who accompanies the filmmaker on a nature-seeking road trip around Portugal and Lisbon. Certainly aided by the super-8 film, the look of Julian conjures a particular nostalgia that's perfectly matched with the film's narration, which sounds like a recollection of an exquisite, faded memory. To me, Julian felt like "Heartbeats" by The Knife by way of Carolee Schneemann's Fuses, though it's much more approachable than either of those two. To see the film, you can make a donation via António da Silva's Tumblr. Short excerpt below.