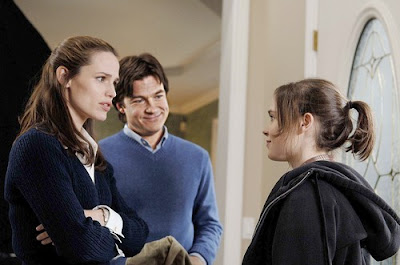 Guess who saw Juno for the first time this morning? You guessed right. And guess who didn't hate it nearly as much as he thought he would. I'm not going to go as far to say Juno is "good," but with such low expectations, it made for a much more pleasurable experience than, say, a routine dental check-up. Eric at Filmbo's Chick Magnet pointed out the deathly flaw of Juno (though I suppose I'm a bit more forgiving) in being that the adult characters (Jason Bateman, Jennifer Garner, JK Simmons, Allison Janney) are each extraordinarily more interesting people to watch than Juno herself. And if you can look past Juno's calculated quirkiness, there's morsels of good stuff around the fringes. However, about it's Oscar nominations, I don't understand why Hollywood must give accolades (in the Best Picture category) to the "lil' indie that could" every year. Juno and Little Miss Sunshine already took their love to the bank; they certainly didn't need the nod. 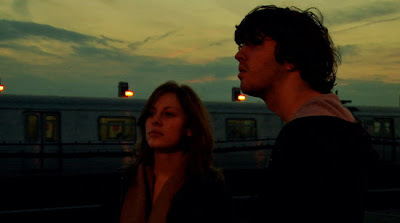 I've been looking through my list of 2007 films and given some strong consideration in placing Cristian Mungiu's 4 Months, 3 Weeks and 2 Days at the top of the revision. In some ways, it's No Country for Old Men, There Will Be Blood and The Bourne Ultimatum in one, without discrediting its own individual merits. I'm kind of stuck, because I feel this need to make a Top 10 list every year, but in a year as phenomenal as 2007, I could have made a top 30 and still been unsatisfied. New additions to the 10 list include Aaron Katz's sublime Quiet City (now available from Benten Films) and Craig Zobel's Great World of Sound (whose personal impact has caused it to move up on the list). 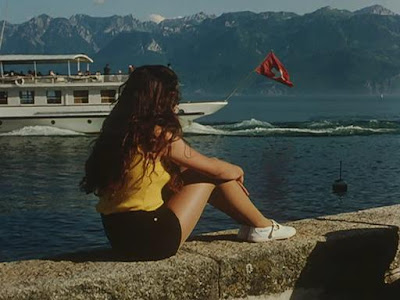 In other news, I'm suffering from Godard malaise. This sentiment will undoubtedly displease two of my most frequent readers (coughEricandEdcough), but Lionsgate's boxset of First Name: Carmen, Passion, Détective and Oh, Woe Is Me did nothing other than induce agitation from me. There's a self-importance in Passion that Godard exposed in Tout va bien about his dealings with the working class that just irks me. It's more than likely that I just "don't get" him, but alas, cross me off the list of fans. 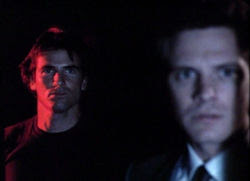 On a shinier note, I have a new favorite film, at least one that deserves placement on my shortlist of personal favorites. Martin Donovan's Apartment Zero. Check that shit if you haven't already... and as a side note, I'd absolutely give Hart Bochner the business. 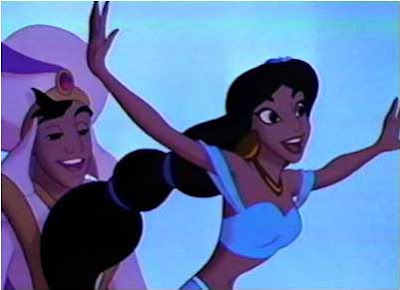 Oh, Walt Disney. At work, I got stuck watching two of the recent canon of Disney films (as in within the past fifteen years or so): Aladdin and Cars. Now, I'd seen both before, but with Aladdin, I was never old enough to look at it critically, and with Cars, I just hadn't realized what a terrible film it was. I never thought I'd hear myself saying this, but Robin Williams and... Larry the Cable Guy are really the only saving graces of the respective films (God, fucking shoot me now). With Aladdin, how could I have never noticed what duds of characters and love interests Aladdin and Jasmine are? Not only is Jasmine a precocious bitch, but she's criminally bland. Aladdin really only holds up today due to its memorable songs (though I'm not going to go as far to say "good," but don't tell me you can't think of at least three songs from that film) and, yes, Robin Williams. Cars, however, is the biggest embarrassment Pixar has ever released (much, much more so than the mediocre Bug's Life). It's not particularly funny nor visually striking. Hell, the idea alone sounded dull. It is, however, worth watching if only for the shitty country song that runs through the end credits which puts into cheesy song lyrics the entire premise of Cars. It'll save you the trouble of having to sit through it.

I'd also appreciate if a Russ Meyer fan could point me in the best direction for continuing with his films. I have yet to see a film of his that isn't Vixen!, Beyond the Valley of the Dolls or Faster, Pussycat! Kill! Kill! (I love his use of punctuation) that is even worth the time I would spend watching it. Up! Megavixen and Supervixens are dreadful. Should I continue on or just not allow Meyer's good name to be spoiled with these lousy films?
Posted by reassurance at 3:49 PM

Passion never did much for me, so I should rewatch it. I really enjoyed Detective quite a bit (much like Band of Outsiders) but I wouldn't say it's really a masterpiece. Woe is Me and Carmen on the other hand are pretty terrific. Appreciating them may have to do with whether or not you ascribe to the same philosophies as Godard and whether or not you agree with how he uses images and editing. He seems to have a problem with WYSIWYG cinema when it comes to editing and images and sound and I too think that this reactionary stance often gets in the way of his goals.

I'd agree with Eric that Passion is somewhat minor 80s Godard, a transitional work in some ways, and Detective is a fun genre piece (though it's also been a while since I saw either, and they're probably due for re-viewing). Carmen is quite possibly, not only one of my favorite Godards, but among my favorite films, period. It's Godard at his most emotional and heartfelt, and therefore a perfect companion piece to the equally sublime Hail Mary.

And, you see... I didn't care for Hail Mary either.