His Milkshake Brings All the Boys to the Yard 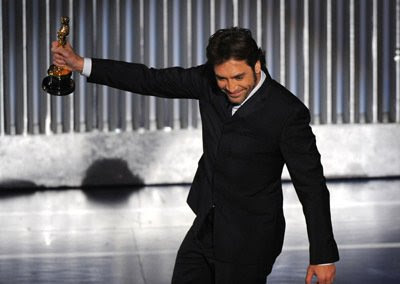 Though, yeah, the ceremony was pretty dull (especially with three fucking musical numbers from Enchanted), but if nothing else, this year's Oscars really favored the hotness: Daniel Day-Lewis, Marion Cotillard (in Gaultier, no less), Tilda Swinton and Javier Bardem... too much (I favored all four to win as well and all also come from the great continent of Europe). And those kids from Once... adorable. Not once did I slam down my fist or mutter obscenities, so for that, it must have been a good year. 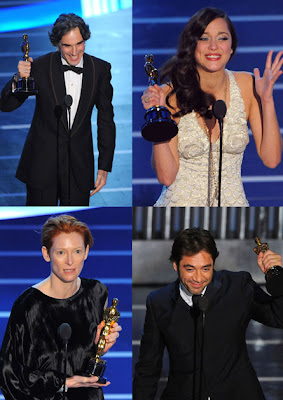 Full winners can be found at this link. Thanks to Michael K from Dlisted for photoshopping a picture together so I didn't have to.
Posted by reassurance at 12:34 AM