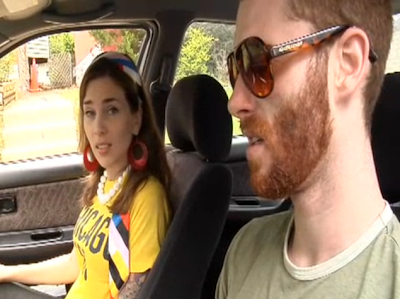 I sort of forgot, until I wasted my time watching the movie Trick 'r Treat, which came highly recommended to me by at least three people, that I co-wrote a Halloween-themed short a couple of years ago, with my friends Stewart Copeland and Chris Drummond. It was called Plastic Skeletons, and you can watch it below if you're so inclined. We made it as part of the 48 Hour Film Project. I don't think I particularly like it, but then again, I don't like most of the stuff I've done, film or otherwise. Ha. A self-deprecating plug. It does have at least three references to Bette Midler; but some of it is, as expected, cringe-worthy.

Posted by reassurance at 7:42 AM