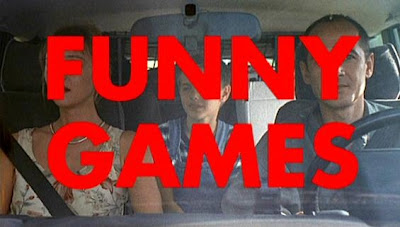 Sorry, Michael Haneke, but I’ve officially decided to resist the English-language Funny Games. I was reprehensive when I first heard that he planned the English version to be a shot-for-shot remake, but now that word is out that it wasn’t indeed a rumor, I simply wonder why. Funny Games isn’t the sort of film one looks forward to revisiting time and time again; in fact, I’ve only seen it three times because I felt particularly sadistic in forcing friends to watch it with me. Haneke himself said that Funny Games was always sort of a film about more than it was about , so the decision to remake it himself should have been a no-brainer. 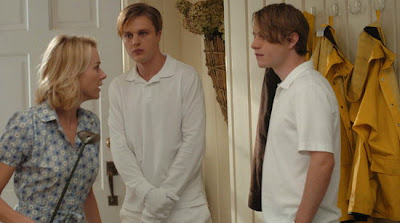 With the prospect of a shot-for-shot remake, the only qualifying measure would have been to onslaught its unassuming audience into utter peril (as the Austrian version did to those who’ve already seen it). Promote the hell out of it, throw it onto three thousand screens and piss off the people you’re so adamantly pointing your finger at. However, such isn’t the case. In , Funny Games is opening on a single screen at the Landmark theatre… so what’s the fucking point? Most people who attend said theatre have probably at least heard of the original Funny Games, after The Piano Teacher and Caché did solid business in the arthouse community. So are fans of Saw really going to drive across town just to see this? The answer is no. This is particularly disheartening because media frenzy would have been the only acceptable reason why Haneke would take a film he made ten years ago and adapt it solely in the English language. 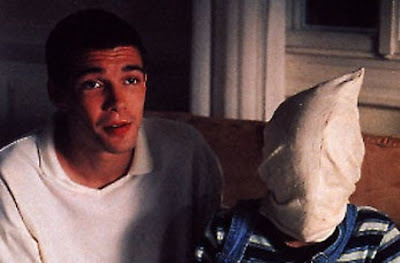 The one review I read of the film was probably the most condemning of Haneke’s motives. Michael Koresky of IndieWire states, "What's worse, the entire project suffers from the gall Haneke shows in not only remaking his own film for the 'edification' of a wider audience, but in trusting his own original vision so fundamentally and without question that he has chosen not to append or alter it in any significant way." There are plenty of other denunciations of Haneke’s motives which you can find through GreenCine from the poor film critics who have “professional obligations to endure it,” as J Hoberman states in his review, especially since the most astute of which would have already seen the original. 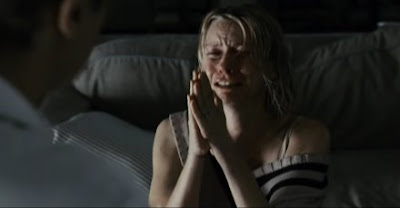 Where should one go from here? Haneke was on a streak of brilliance from Funny Games on, even if Time of the Wolf and Code Unknown weren’t as widely popular as Caché or The Piano Teacher. Should we let him have his so-called fun with the remake and hope he continues on to better things? I hope this is the case, as Haneke seems to be on the shit list of every single person who’s had to “endure” this film once again. I guess if we all gave Gus Van Sant another shot...

Wasn't Finding Forester kind of Good Will Hunting 2? Admittedly, I haven't seen FF aside from hearing Sean Connery deliver the line, "you're the man now, dawg..." which will forever haunt me.