On the surface, September would seem to be a disappointing month for Criterion, with only two official releases, David Mamet's Homicide and Alexander Korda's That Hamilton Woman (on a side note, I think Criterion should really give Korda a rest, as their staff must include the world's only Korda fanboys). However, they also announced a Blu-ray of Jean-Luc Godard's Pierrot le fou, in addition to The Complete Monterey Pop Festival. And, similar to their release of Henry Cass' Last Holiday this past Tuesday, they're releasing Réné Clément's Gervaise, Marcel Carné's Le jour se lève and Anatole Litvak's Mayerling, with Danielle Darrieux and Charles Boyer, for the first time on DVD in the US as part of their Essential Art House Collection. Volume 4 of this set also includes Akira Kurosawa's Throne of Blood, Alfred Hitchcock's The 39 Steps and Michael Powell and Emeric Pressburger's Tales of Hoffman; all six are available separately as well. I thought a prominent New York newspaper said Wim Wenders' Wings of Desire was coming in September as well, but if it is, they haven't announced it officially. 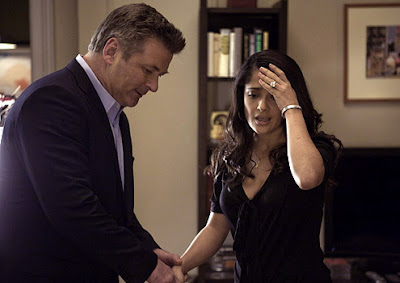 Sony will be releasing Gregor Jordan's adaptation of Bret Easton Ellis' The Informers on DVD and Blu-ray on 25 August. The film's box office failure may have been one of the contributing factors to its distribution company Senator's shutting down, which came about last week; it's also worth noting that The Informers was first (and last) release from them, leaving a number of other films like the two Mesrine films in limbo. Season 3 of 30 Rock, in my opinion the best yet, will be out on 22 September from Universal; Salma Hayek, Jon Hamm, Oprah Winfrey and Alan Alda make memorable guest appearances throughout the season. 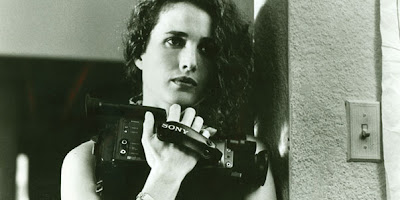 Sony announced Carlos Cuarón's Rudo & Cursi on DVD and Blu-ray for 25 August. Strand will be releasing Veiko Õunpuu's Sügisball on 22 September and Yôji Yamada's Kabei: Our Mother on the 8th. And finally, Sony will also release Steven Sodebergh's sex, lies and videotape on Blu-ray on 25 August. More catch-up soon!
Posted by reassurance at 4:50 AM