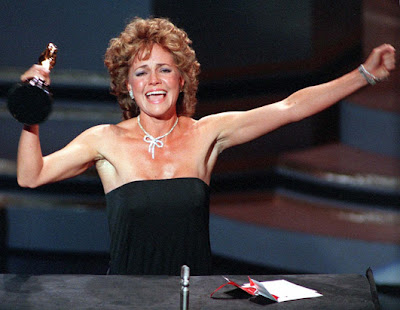 I'm not posting this to aid anyone in their own office pools or whatever, but as Mike from Heteroerotica and I have our own friendly bets going, I thought I'd follow his lead and post my ill-informed, half-assed Oscar predictions on the blog. I posted who I thought deserved to win earlier, so here is who I think will probably take the Gold. These are probably the expected choices, but who knows... maybe this year the Academy will throw us some exciting winners, as the nominees were anything but.

As for the short subjects, I didn't see any of the nominees, so I'll decide haphazardly the night of the show. I'll be watching the Independent Spirit Awards tomorrow afternoon...
Posted by reassurance at 5:09 AM