Not If You Were the Last Woman in Gotham City

There is no shortage of ways in which the conclusion to Christopher Nolan's Batman trilogy, The Dark Knight Rises, sucks. For starters, despite its disguise as a loud Hollywood action film, it's pretty boring, which is, I guess, how you can tell they were making a "serious film." This can easily be blamed on Nolan's notoriously exhausting spouts of exposition, which reached a comical level in Inception, the film he made in between The Dark Knight and his rousing. While I tend to be a bit more forgiving of the absurdity in Inception, the exposition in The Dark Knight Rises isn't used to explain complex, made-up ideas and rules that govern its film universe; it is instead used to pander to stupidity of its audience, which – judging by the lengths the screenplay requires the characters to ridiculously expel Wikipedia entries about the background of the film's villain or, worse, verbally explain the subtext of what is unfolding before them – Nolan presumes is bountiful. This however is more telling of Nolan than his audience. One could grumble about the jumbled action sequences, the over-editing, or downright silliness of most of the hand-to-hand combat, but in Nolan's defense, he's come along way since Batman Begins in that regard. But where The Dark Knight Rises, and really the entire trilogy, is most reprehensible is in its depiction of women (and lack thereof).

After Rachel, Bruce Wayne's love interest (and not much more), gets a change of actress and a "surprising," mid-film demise in The Dark Knight, Gotham City is left with a critical, though never addressed, problem: how can the city continue its legacy if its only woman has perished? Thankfully in its opening moments, The Dark Knight Rises introduces us to two additional birth canals: jewel thief Selina Kyle (Anne Hathaway) and philanthropist Miranda Tate (Marion Cotillard). Though it's very possible (I'm not totally sure) that the women never share a frame in the entire film, it becomes clear in the film's final third that the women's actions have been governing the other's for the duration of the film. This may not have been so glaring if it didn't take Nolan three films to introduce a woman who actually had things to do or if the whole trilogy wasn't so over-saturated with men.

Now with Selina Kyle, or Catwoman as we know her best, Nolan tried something I wasn't expecting. When Selina is longingly embraced by her partner-in-crime, played by Juno Temple, it appeared as if the film suggested that the feline metaphors didn't stop at "cat burglar." This is hardly an original notion, as the lesbian undertones were anything but subtle between Halle Berry and Sharon Stone in the joyless Catwoman movie, but it was something that genuinely surprised me and actually provided a deeper layer to Selina's otherwise thinly-drawn character. Like in Catwoman, this all proves to be nothing more than a tease, as this trait only aligns with Catwoman as a "bad guy," something that is forced to shift once the secret of Miranda Tate's dark identity is revealed.

I suppose Nolan assumed that since two women finally moved into Gotham City he didn't want anyone to think he was making a generalized statement about all women. After all, most of the vindictive women in Nolan's movies have a counter. In Memento, Carrie-Anne Moss has Guy Pearce's martyred wife. In Inception, Marion Cotillard, playing a character whose made-up Gallic name directly translates as "evil," has a sexless, brainiac Ellen Page. For The Dark Knight Rises, the two women keep each other in check. Just as Catwoman begins to feel bad about leading Batman to his doom, the coast is clear for Miranda to begin her nefarious plans, after "fooling" everyone with her clean energy initiative. Nolan makes the sanitization of Catwoman even more vile by ignoring the obvious hints he made to her sexuality, writing her girlfriend out of the film, and ultimately placing Batman and Catwoman in a heterosexual happily-ever-after paradise. It would be one thing if Nolan just simply didn't know how to write female characters, but he takes his inability to a whole new level of shittiness. Hey, at least all the girls of Gotham City got to make-out with the caped crusader...

After just over two years of hibernation, I've finally decided to reemerge from the volcano. A lot has changed over that time of radio silence – most of which doesn't pertain to matters at hand, but for the first time in my life, I've found myself living in a "film city." San Francisco, to be precise. It's my understanding (and correct me if I'm wrong) that here and New York City are possibly the only US cities where going to the cinema to catch John Huston double-features or a bunch of Curt McDowell shorts is commonplace. Like a wide-eyed, paler-skinned, hopefully-less-uptight Mary Ann Singleton, I moved to the The City by the Bay, with its rich and strange film history (from The Maltese Falcon on down to Sister Act 2: Back in the Habit), which has been my home for just over a year. 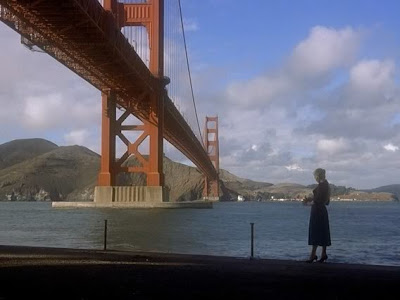 So if you're wondering where I disappeared to, there's one answer. I've appreciated the e-mails some of you have sent during my absence. But what took so long? I rather fool-heartedly assumed that I would return when the "time was right," when the desire to write would be so consuming I wouldn't be able to stop my fingers from running wild across my keyboard. Of course that never happened. It wasn't that I didn't wish to write any longer; I've done plenty of writing in my free time. It was that, among other things, I wasn't sure what I was doing with the blog any more. Although, truthfully, I just didn't like what I was doing with it. In the same way my fingers didn't start writing on their own, a clear idea of what I did want to do with the blog never came either, and its absence just gave me another excuse to delay making a decision about whether to return to the blog or bid it a fond farewell. I'm not sure what finally got me to realize that, if the universe had anything to say on the matter, it probably wasn't going to tell me in the ways I had been waiting for. So I stopped anticipating, and started to listen to the encouragement I'd been given by my friends, and now here I am. 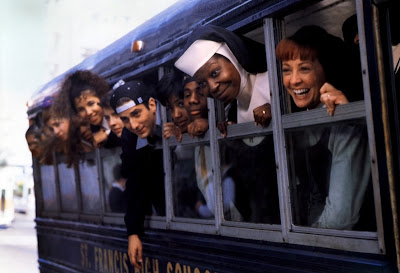 As I mentioned earlier, I still don't have a vivid image of what direction I want to take the blog. My interests and attention have shifted over the past couple years, away from DVD and Blu-ray release dates and studio acquisitions. There are plenty of resources out there for those things. I've also lost the desire to try to see as many films in a given year as possible (particularly with regard to the Academy Awards and my prior attempts to see all of the nominated films... what a colossal waste of time that was). Somewhere along the line, I started to understand the value of time (with regard to watching films, that is; I still have plenty of other ways to carelessly waste it) and the rising number of films I'd seen over the years whose existence has nearly (or completely) vanished from my memory.

I would like to, instead, spend my time writing about films that are bold and that I think are important, worth my time and yours. And, of course, there will likely be some words and time dedicated to garbage like The Dark Knight Rises (the film's dumbest moment – among many – is pictured above) Midnight in Paris, and Shame, so I can spew my venom onto the page/screen instead of in the ears of my friends. And then again, in trying to resurrect my blog, I might find that it was better off dead. 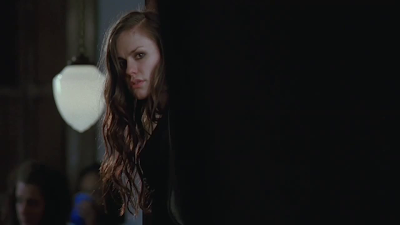 If you're in dire need of some film suggestions, the four best films from 2011 that I saw are as follows: Kenneth Lonergan's Margaret, Bertrand Bonello's House of Tolerance (L'Apollonide (Souvenirs de la maison close)), Andrea Arnold's Wuthering Heights, and Nadav Lapid's Policeman. And if you're looking for House of Tolerance in the US, note that IFC Films re-titled it the more crudely "provocative" House of Pleasures.
Posted by reassurance at 6:44 PM No comments: