Following not-so-closely on the heels of two famously reviled sequels, Jurassic World certainly should have earned its place next to its unfortunate predecessors, The Lost World and Jurassic Park III, but from the rock I’m currently living under, few people seemed as vocal about their disdain for this trash as they had been for the others. Admittedly, I have a soft spot for the Alexander Payne-penned third installment which brings an embarrassed Sam Neill back as Dr. Alan Grant to one of the dinosaur-infested islands with a hilariously neurotic divorced couple, played by Téa Leoni and William H. Macy, in search of their missing son... Payne's involvement even coaxed Laura Dern to briefly return to the series, quite literally phoning in (on a white cordless phone) the bulk of her screentime to Neill from her suburban paradise. Fourteen years later, the Park has been upgraded to a World, a tourist attraction for dumb Americans who are already on the verge of losing interest. Like the two irritating kids in the original, a pair of teenage siblings—one a weepy prepubescent nerd, the other a suspiciously horny date-rape-bro-in-the-making—fly to Jurassic World to visit their shrew of an aunt (tediously played by Bryce Dallas Howard), who runs the island's prehistoric attractions with a sharp ginger bob and a sensible pair of heels that can withstand walking on grass, through the jungle, and away from hungry dinosaurs. Thankfully, when chaos erupts on the island as it has been known to do, a hammy, humorless velociraptor trainer (played stone-faced by Chris Pratt, who apparently traded his charm in for a chance to be a chiseled, boring action star) comes to save the day (I guess).

Director Colin Trevorrow manages to produce a decent action sequence or two over the course of Jurassic World, but in just his second film, he brings along almost all of the worst aspects of his terrible debut feature, Safety Not Guaranteed: a contrived centralized romance between two characters you're actively rooting against (played by two actors who fall somewhere around Natalie Portman and Hayden Christensen in Star Wars on the scale of onscreen chemistry, or lack thereof); laughless comic relief from the insufferable supporting cast (Jake Johnson is slightly less irritating here than he was in Safety); groan-inducing dialogue; a disappointing and unwarranted narrative “twist;” and a cheap, but plentiful dose of queasy sentimentality. But despite all of this, I got the impression that a lot of people over the age of twelve didn't mind Jurassic World, which boggles my mind. The only aspect in which Jurassic World actually succeeds is in proving what a truly astonishing feat Steven Spielberg accomplished with the original, a near-perfect Hollywood blockbuster that remains as magical and as thrilling as it was nearly twenty-five years ago. Hollow, bloated, and joyless, Jurassic World is just a sad reminder of how seldom films like Jurassic Park actually come around.

How about this alternate ending? Instead of finding the love that melts her icy exterior to reveal a conveniently gross maternal instinct, Bryce Dallas Howard gets eaten by the T. rex down to her ankles, leaving her high-heeled feet on the doorsteps of Jurassic World (I mean, really, what kind of misogynist bullshit was at play with those fucking heels?)... as the film's swishy pair of pseudo-villains, played by Vincent D'Onofrio and BD Wong, board a helicopter that flies romantically into the sunset just as the iconic John Williams score begins to play.

Posted by reassurance at 11:11 AM No comments: 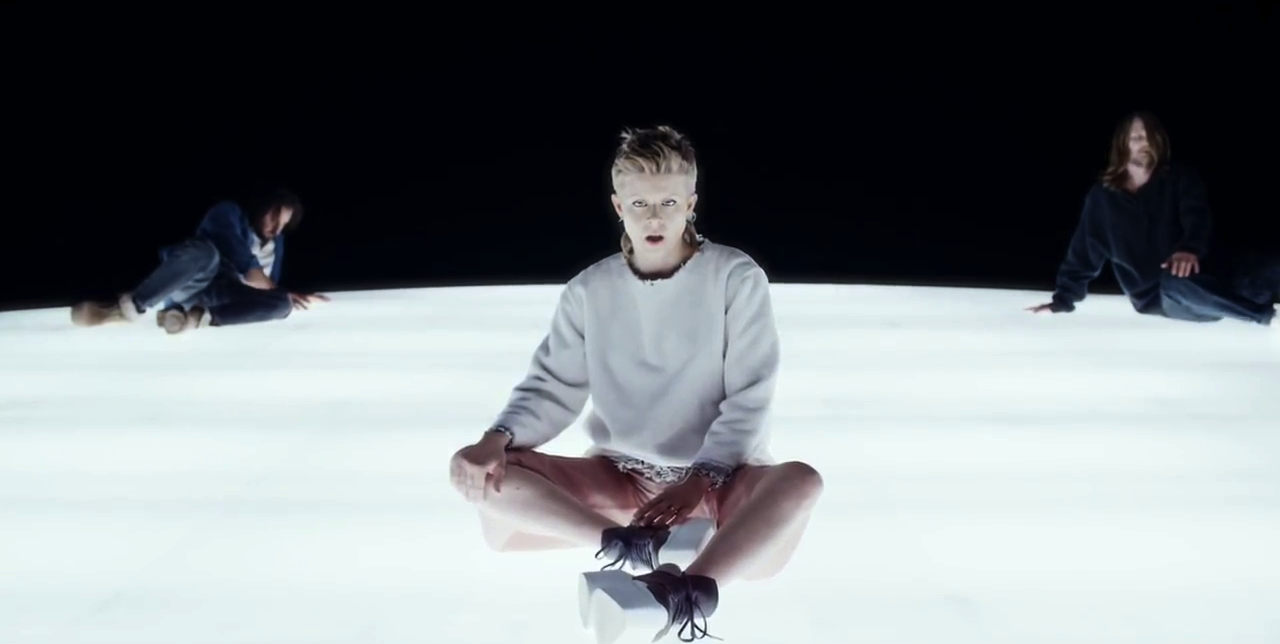 If 2014 was a lackluster year for film, it was a pretty fantastic one for music, at least from my own vantage point. As the ways in which we consume and discover new music rapidly changes, I can never assume what anyone I know encounters throughout a given year. I also have no idea the best way to present this list to you. YouTube links? A Spotify playlist? Or are you using Rdio? Should I spend an extra hour gathering all the mp3s and uploading a zip file? I don't know, so I'll just do it as I've done in previous years with links to the songs in question (most of which surprisingly didn't come with music videos… maybe I have no idea what makes and what doesn't make a single these days). I wanted to single out the ten albums that got the most rotation from me this year, both to broaden the number of tracks I'm posting but to distinguish a little between the ways in which I personally consumed the 2014 music I came across. This isn't to say that the albums the 20 singles I'm posting below aren't worth your time. It's just that I found myself drawn to the single in question over the actual album—perhaps because I didn't even hear the rest of it.

If I had to choose the best new track I heard in 2014, that honor would go to the first single off the Swedish group Lust for Youth's latest album International: a little ditty called "Epoetin Alfa." I, too, am disappointed at the lack of pop music on the list, but either I missed it (very likely) or 2014 wasn't a good year for it. I actually liked Grimes' summer single "Go," even if it sounded pretty dated and uncool. I'm happy Rihanna passed on it so we could hear Grimes explore her vocal range, and I'm also happy her fans didn't like it, prompting her to trash her album and start fresh. Special mention to two albums I listened to the shit out of that aren't exactly 2014 albums: The Knife's Shaken-Up Versions, which is basically the tour album for their Shaking the Habitual tour (which is also the duo's farewell tour), and Cold Cave's Full Cold Moon, which is really just a compilation of the singles the band released since their last album. For samples of each, check out the lesbian redux of The Knife's classic "Pass This On" featuring Shannon Funchess of Light Asylym and "God Made the World" from Cold Cave. Whatever, I hope all this copying-and-pasting is of some use to you guys. Here's to new PJ Harvey in 2015! 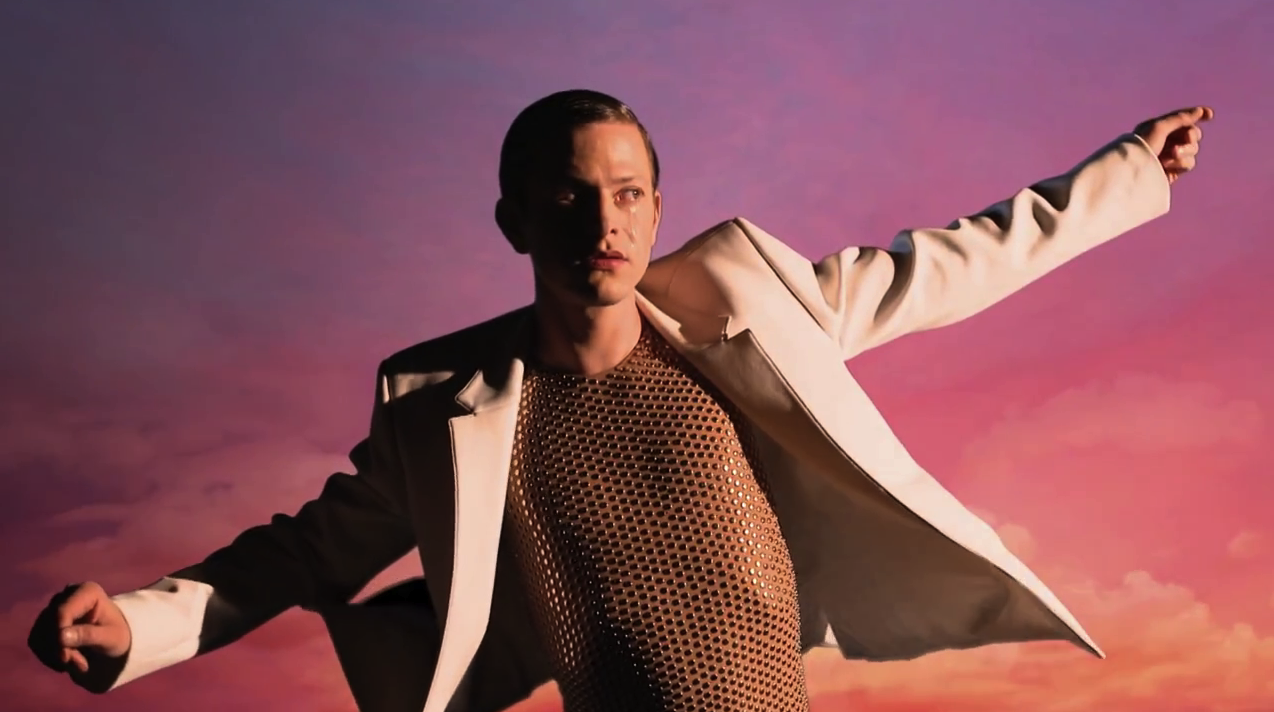 10 Tracks from the 10 Albums I Liked/Listened to Most, No Order:

21 Additional Tunes, Including My Favorite Song of 2014 at the Top

Posted by reassurance at 9:42 PM No comments: