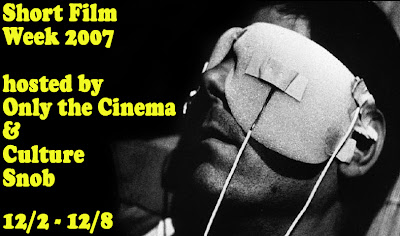 [This is intended as an introduction to the Short Film Week Blog-a-thon hosted by Seul le cinema and Culture Snob.]

“Short film” is such a broad term that, really, no rules do or should apply to them, yet we can all agree that the same rules for feature-length films or documentaries need not be the same. The general ideas of storytelling, character arc, rising- and falling-action, climax, and whatnot limit vision in a feature, so why try to infuse them into a smaller frame of time? In fact, “short film” is the perfect method for experimentation with mood and even tonality. With Paris je t’aime, it appears as if most of the directors, typically known for the features, forgot the possibilities and, perhaps, limitations of the format, leaving us with a bunch of filler and one of the least impressive assemblies of unrelated short films to be seen by a wide audience. 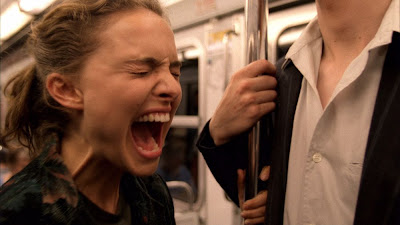 Paris je t’aime sounded like an ambitious project. The creators had designed the film to cover each of the twenty arrondissements of Paris, but directors Christophe Boe (Reconstruction) and Raphaël Nadjari (Tehilim) backed out, and what we’re left with, quite literally, is an unfinished, misstructured vision of the City of Lights with most of its directors seriously under- or over-estimating the medium of the short film. [Note: New York, je t’aime is on its way, in case you were wondering, though it will likely change names to something like I Heart NY] 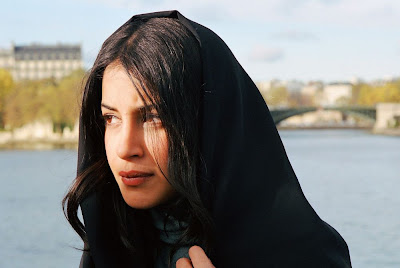 What ends up problematic about most of the shorts is the directors’ inability to adhere to their time limitations. In Gurinder Chadha’s “Quais de Seine,” she examines similar themes as she had in feature-length Bend It Like Beckham and Bride & Prejudice, namely the assimilation of Indian and western European culture, yet here, she packs the yawn-inducing culture clash and subsequent tolerance into five minutes, instead of a more watered-down version that would stretch throughout an hour and a half or so. Her motives and message in both features were apparent, even without having to watch the films, but in five minutes, she fails to capture slice-of-life and depicts racial fantasy, in which a young French boy abandons his crude buddies to help a young French-Indian girl stand up after tripping. The moment she falls becomes effectively startling, as her veil comes off revealing long, beautiful black pearl hair, but the moment is quickly ruined by a comic scene with the French boy attempting to put the veil back on her. Had Chadha focused on the small, revelatory moments instead of the overbearingly “meaningful” ones, she might have accomplished what I can only believe the creators of the project wanted: small moments in the lives of those on the streets of the most romantic city in the world. 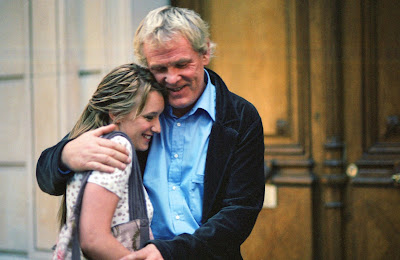 In “Parc Monceau,“ Alfonso Cuarón also fumbles in his endeavor, relying poorly on a five-minute excursion in cinematic deceit. He uses his now-famous single-take as smoking American (Nick Nolte) makes a rendez-vous with a young French girl (Ludivine Sagnier), crudely not mentioning the reason for their meeting. He ends up being her father, in Paris to babysit her baby, though they speak of the baby as if it were Sagnier’s lover. The deception is juvenile storytelling, providing the cheap surprise at the finish. It’s been twenty-five years since Cuarón last directed a short film (Cuarterto para el fin del tiempo, available on the Criterion disc for Sólo con tu pareja), and he appears to have forgotten how to use time. 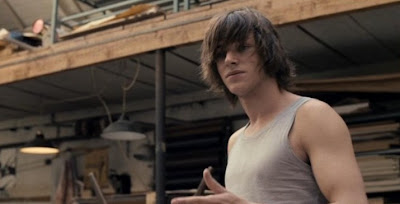 On the other hand, Gus Van Sant’s “Le Marais” uses its closing “surprise” expertly, not just by contrast to Cuarón’s (Van Sant’s film actually comes before Cuarón’s sequentially). The revelation that the boy in the factory (Elias McConnell) doesn’t understand the questions that the French boy (Gaspard Ulliel) asks him does embody that knee-jerk “ha!” that seems to have plagued many of the shorts featured within Paris je t’aime, yet Van Sant’s vision is more clear. The set-up (boy comes as translator for Marianne Faithfull to sell some sort of artwork) never introduces the possibility for suspicious cinematic deception, instead unfolding beautifully in probably the most “romantic” of the segments. There’s an afterthought of “well, why didn’t the American boy just tell the French one he didn’t speak English,” which ultimately doesn’t hinder too harsh a judgment as Van Sant’s vision of disconnect and romanticism is so controlled and uncompromised. 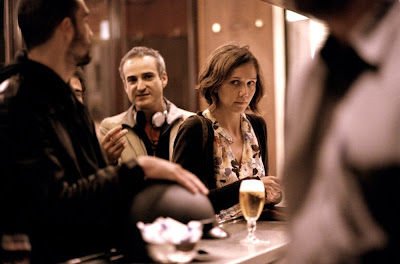 Similarly balanced is Olivier Assayas’ “Quartier des Enfants Rouges,” in which American actress (Maggie Gyllenhaal) leaves a party to buy some drugs from her dealer (Lionel Dray). Though it’s hard to step away from Assayas possibly making fun of Kirsten Dunst (Gyllenhaal is working on a film that looks not-so-coincidentally like Marie Antoinette), yet he never feels compelled to make his short more than it needs to be. Unlike Walter Salles and Daniela Thomas’ “Loin de 16ème,” in which Catalina Sandino Moreno drops off her baby to babysit a rich woman’s, “Quartier des Enfants Rouges” uses foreshadowing dialogue/scenes more effectively cryptically. The line, “attention, il est fort” (or “be careful, it’s strong”) eventually conjures up dual meanings, particularly though Gyllenhaal’s face as the second drug dealer finishes the line with, “mais, tu le connais” (“but you know that”). Salles and Thomas’ repeating of the Spanish lullaby Moreno sings to the babies feels heavy-handed, socially important. The drug dealers’ warnings to Gyllenhaal work more effectively in their, perhaps, simplicity. 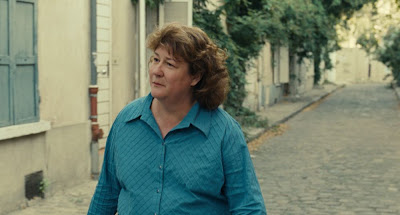 Alexander Payne’s “14ème Arrondissement” is the pick of the lot (though a lot of people viewed it as terribly condescending and anti-American… ha!). It works, possibly, because it’s the only film that doesn’t feel like a “short feature” or “fragment,” but a wholly realized five-minute film. Carol (the amazing Margo Martindale) clumsily recites a paper she wrote for a French class about her first trip to Paris. It’s charming, beautiful, and surprisingly touching without condensation or unnecessary expansion. “14ème Arrondissement” ends Paris je t’aime, blazing past all the other shorts in every regard and unfairly making the audience wonder, “shit, maybe this wasn’t a total waste of time.” The creators knew what they were doing with its placement, but botch the project further with the end montage to Feist’s “We’re All in the Dance,” in which Paris je t’aime becomes less a collection of shorts as it does fucking Crash. It’s almost worth it to see Juliette Binoche raise her glass to Gena Rowlands, but not really. 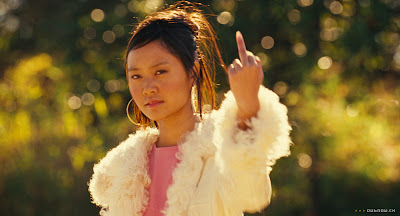 I don’t really care to research the filmmaking history of the directors who participated in Paris je t’aime to see if they began their careers in the realms of the “short film,” because it really doesn’t excuse most of the missteps therein. What remains (other than the inevitable sour taste) is a fine example of successful feature directors’ inability to adhere to limitations (I remember Lumière et compagnie, in which a bunch of directors like Peter Greenaway and Spike Lee made shorts with the camera the Lumière brothers used in the 19th century, to be a bit more fascinating). With the short film week blog-a-thon, I doubt I’m going to (or anyone else, really) establish any truths about short format filmmaking, but let Paris je t’aime be your cautionary tale of unfortunate missed opportunity.
Posted by reassurance at 1:34 AM

Nice job, Joe. I've considered getting this film several times to satisfy my Van Sant itch, but my experience with anthology films has pretty much matched your description here. I've gone through a lot of them in pursuit of my Godard completism, and in most cases the Godard short was pretty much the only worthwhile entry, or maybe one of two if I'm lucky. Most directors these days really don't know how to do anything of interest in the shorter format, and too many of them wind up being badly underdeveloped features.