For the next few weeks, you can stream some incredible works by a handful of visionary young filmmakers on Vimeo and MUBI. For a limited amount of time, director Lior Shamriz has made several of his features available to stream for free on Vimeo, including his wonderful Saturn Returns from 2008. Saturn Returns stars Chloe Griffin, author of the excellent Cookie Mueller memoir Edgewise, as an American ex pat living in the queer art scene of Berlin. It's a hypnotic blend of improvisation, melodrama, and panache and comes highly recommended. In addition to Saturn Returns, Shamriz has also made his 2007 feature Japan Japan, about a gay Israeli teenager with a fetish for Japanese culture, and his 2012 feature A Low Life Mythology available on Vimeo for a limited amount of time. 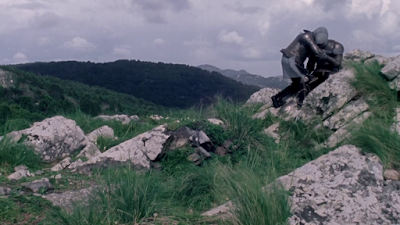 In a similar vein, carrying on the themes of internationally displaced youth and their fluid sexuality, MUBI is now streaming a collection of works by directors Gabriel Abrantes, Benjamin Crotty, Daniel Schmidt, and Alexander Carver in collaboration with The Film Society of Lincoln in New York City. The "Friends with Benefits" series includes Abrantes and Schmidt's medium-length films Palaces of Pity (Palácios de Pena) and A History of Mutual Respect, two exquisitely photographed and exceptionally lush fables filmed in Portugal. Benjamin Crotty's feature Fort Buchanan, a "queer soap opera" about an army husband (Andy Gillet of Eric Rohmer's Les amours d'Astrée et de Céladon) in France and his wild adopted daughter (Iliana Zabeth from Bertrand Bonello's House of Tolerance), is also a part of the series; filmmaker and actress Mati Diop (35 Shots of Rum) also stars. Not all of the films are available in all territories, and these films will only be streaming for a limited time. 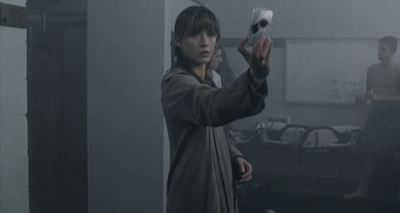 If you’re signing up for a subscription to MUBI, you might also want to check out one of the final masterworks from director Andrzej Żuławski, who died last week just days before his final feature Cosmos made its U.S. premiere in New York City: Fidelity (La fidélité). Starring his then-wife Sophie Marceau, Pascal Greggory, Guillaume Canet, Michel Subor, and Édith Scob (as a hilarious loud-mouthed, fall-down-drunk fashion magazine editor), La fidélité carried on Żuławski’s signature style and operatic tone in a loose adaptation of Madame de La Fayette’s La princesse de Clèves (which also served as the inspiration for Manoel de Oliveira’s La lettre and Christophe Honoré’s La belle personne). In carrying on the unofficial theme of expatriate filmmakers (Shamriz is an Israeli living in Berlin, Abrantes and Crotty are Americans working in Portugal and France, and  Żuławski left communist Poland for France in the 1970s), La fidélité is currently streaming on MUBI in the U.S.
Posted by reassurance at 1:45 PM