Let her choke on cake... 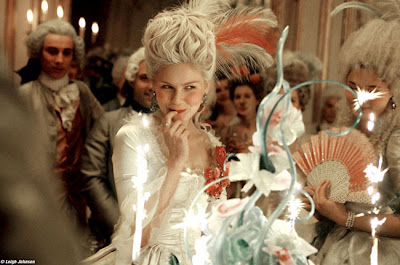 Though reportedly booed at its Cannes premiere, Marie Antoinette found a safer home in its homeland of the United States where it was welcomed much more positively than the country where it was set. It’s questionable whether its warmer response in the United States had to do with less vicious critics, low expectations, or that the necessity of Sofia Coppola’s voice outweighed the mess that was her film. The world of cinema has long been a realm of big dicks, a patriarchy where women belonged in front of the camera as opposed to behind it. Historically there have been few female filmmakers to make any impact; Agnès Varda was the sole female director of the Nouvelle Vague, and Lina Wertmüller was the first female director to be nominated for a Best Director Academy Award. Only within the past twenty or so years has a strikingly feminine voice emerged with the likes of Jane Campion, Allison Anders, Claire Denis, Mira Nair, Susanne Bier, Mary Harron, Deepa Mehta, and Catherine Breillat. Certain female directors, like Breillat, are focused on femininity and the differences between men and women, but few would call her films humanistic. However fascinating, humanism appears replaced by analytical gender theory in the works of Breillat. Coppola, who became famous with her Oscar win for Lost in Translation, supplied a much needed voice of not only femininity, but of feminine youth. Though she cites inspiration from Antonioni and Godard, her voice comes from a different perspective: the questioning young woman. In theory, Marie Antoinette should have been her perfect subject for this perspective, but in theory, Marie Antoinette should have also been a good movie. Instead, it’s a royal mess, a gaudy head-scratcher so painfully uneven and misconceived that you wonder how Coppola rounded out such an impressive cast. 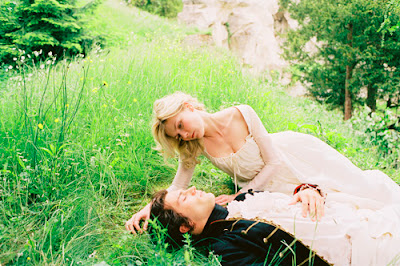 As Marie, Kirsten Dunst, the dreamy-looking star of Coppola’s first feature The Virgin Suicides, approaches her subject appropriately, like a wide-eyed, confused young woman thrown into power at an unacceptable age. Two nations’ alliance sits atop her shoulders as her mother (Marianne Faithfull) frequently mentions in letters. Yet Coppola, on the surface, isn’t so much concerned with historical accuracies of the young queen of France as she has so often stated in interviews. Marie Antoinette was conceived as a human portrait of a girl thrown into power, attempting to mix her sexual and personal blossoming with the weight of her reign. In moments, Coppola does a blissful job. Masquerade balls, champagne-soaked birthday parties, and the trying on of dresses and shoes, to a modern soundtrack of course, all work as intended, as whimsical, frivolous depictions of affluent girlhood. However, when countered with seemingly unnecessary historical events that timidly cut these sequences apart, Coppola’s perspective becomes murky. She’s wholly unaware of what Marie Antoinette, as a film, is, which is much more grave an offense than her and Dunst not really knowing who Marie is as a woman. The dizziness of youth and displacement arrive in varying forms, both repetitiously structured and Virgin Suicides-esque dreamlike sequences. Historical events, such as the death of the king, the birth of Marie’s babies, and the revolution of America, serve simply as a time line, none of which ever having that great of an effect on the film itself and come in an array of bizarre announcements. It’s as lousy and unnecessary a biopic as Ray or Walk the Line, but is it a biopic? Coppola is as unsure as we are. The film is based solely on one person’s writings about Marie, which depicts her as more of a human being than the other writings Coppola found. However, we know Marie about as well as we know the film; that is to say, not very well. 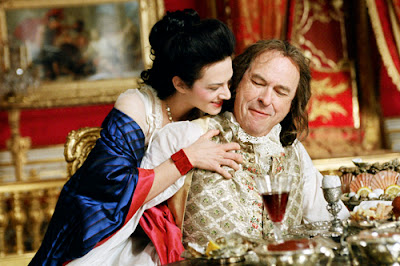 One could probably make a check-list of all the things that Coppola does wrong here. Her use of contemporary punk and electronic music sound good on paper if she didn’t just use most of them as filler. Only The Cure’s “All Cats Are Grey” and Gang of Four’s “Natural’s Not In,” which is reminiscent of her usage of Heart’s “Crazy on You” in The Virgin Suicides, are properly used. Her bizarre casting also sounds fun on paper, if only she didn’t use her cast like set pieces. From Rip Torn as the King of France to Asia Argento as his mistress and Faithfull as Marie’s mother, not a single member of the cast live up to their potential, especially as characters begin to disappear throughout the film as if Coppola forgot them on the cutting room floor. In scope, Marie Antoinette is Coppola’s most ambitious project, so it’s no surprise that she falls on her face with it. After viewing the film, it’s hard not to ponder why she made this film, and most importantly, why she needed it be about Marie Antoinette. Coppola’s voice is a viable one, and perhaps the success of Lost in Translation placed too high a burden on her expectations. Either way, I think the guillotine is in order somewhere.
Posted by reassurance at 10:33 PM

Nice review. I'd also like to add how happy I am that this review, about women in cinema, follows right on the heels of the announcement of Anna Nicole Smith's death. Take it, ladies!