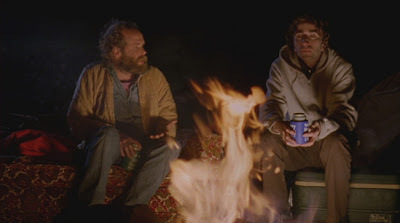 A heterosexual Brokeback Mountain? Sideways for realists? These are just a few comparisons I’ve heard made toward Old Joy, Kelly Reichardt’s second feature-length film after appearing briefly in Hal Hartley’s The Unbelievable Truth and working as a costume designer on Todd Haynes’ Poison. Neither comparison does her film justice, as the film is never particularly “heterosexual” and is far more wonderful than any comparison to the painfully overrated Sideways. Two men escape their differing personal lives to rekindle their friendship on a two-day camping trip. Mark (Daniel London) is about to become a father; he hasn’t seen his friend Kurt (Will Oldham) in what seems to be a long time. Their life paths appear to have taken separate directions, but, organized by Kurt, they embark on their nature excursion. Old Joy is hardly the “get lost to find yourself” film you’re afraid it might become (Sideways), but instead a powerfully acute depiction of personal relations. In an all-to-brief seventy-six minutes, Reichardt leaves you wanting more, and that’s her particular strength, other than creating a fully-alive atmosphere. Old Joy is snippets of conversation, shadows of backstory, and richly textured emotions that seem too much to fill up the running time. But, like most great films, Old Joy resonates with mystery and, especially, intrigue and stands as one of the finest cinematic experiences I’ve endured. 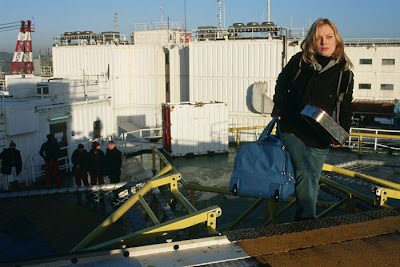 You have to hand it to a director that, unlike so many of their peers, strays away from the falseness of beautiful imagery and composition. In her second film, Coixet paints her film in monochromatic colors, unflattering lighting, and ugly set decoration. Though never forcibly unsightly as a number of films I can think of (particularly Gary Oldman’s Nil by Mouth, though I have no idea what made me think of it), Coixet knows exactly what she means to convey with The Secret Life of Words. Though dialogue is key (and “words” is in the title), it doesn’t serve as the distraction one might think. Instead, The Secret Life of Words becomes a film of expressions, both between characters and within the frame itself. The film takes place in what we’re lead to believe is the loneliest place on earth, an oil rig in the middle of the ocean. Hanna (Sarah Polley), to cure the boredom of her month-long vacation from working in a factory, assumes the role of a nurse by chance, caring for Josef (Tim Robbins), who was temporarily blinded and badly burned during a fire on the rig. Hanna, deaf and closed-off, predictably sheds her armor with Josef late in the film, but the relationship between her and Josef isn’t the sole focus of the film. Coixet attempts, and often succeeds, at creating this landscape of desolation, from the two leads to the other, remaining members on the rig, including Simon (Javier Cámara) as the cook who hides his own sadness with the guise of culture and jovialness. Ultimately, The Secret Life of Words isn’t nearly as emotionally gratifying as Coixet intended, though in her second venture as director (her first was My Life Without Me, also with Polley, and also produced by the Almodóvar brothers), she continues to show promise, creating a detailed world and provoking the same sort of unexpected feelings that one of her producers has become known for. I suppose it’s sort of difficult to discuss contemporary Spanish cinema without a small mention of Pedro Almodóvar. El Calentito owes much to Almodóvar’s Labyrinth of Passion, a depiction of post-Franco youth run wild in Spain, so much so that it even includes a directly lifted scene from the film with the director himself on stage. Naturally, with such inspiration, the film contains some signatures of Almodóvar: strong females, hot lesbians, punk music (which was more prevalent in his earlier films), and (of course) transvestites. In the early months of 1981, a college-bound virgin (Verónica Sánchez) finds herself naked and hung-over at the pad of Carmen (Ruth Díaz) and Leo (Macarena Gómez), two hot punk gals in a band called Las Sioux. After being dumped by her date and ending up drunk, likely for the first time, in the bathroom of the titular bar, she repays the girls with filling in for the estranged third of Las Sioux in a meeting with a record producer in hot pursuit of a punk girl band. Considerably more interesting than a coming-of-age tale of the newly-liberated Spanish youth, El Calentito works in its time setting, perfectly capturing the youth-gone-wild punk spirit. As we’ve learned from the works of New Queer Cinema, the bonds of family become the only thing that these characters can hold onto in a way to combat the political and social forces outside. El Calentito, the bar, serves as the “living room” for this family of angry youth and disgruntled trannies. When the horrors of the real-life coup that attempted to take over the Spanish government falls on the date of Las Sioux’s big concert (what luck!), the film loses some of its spirit in trying too hard. But, how can you not forgive a film that ends with three girls ripping off their leather nun habits and writing on their bare chests, “Libertad!”?

I’m going to end this post, unintentionally focusing on three female directors, with pointing you away from a few films: 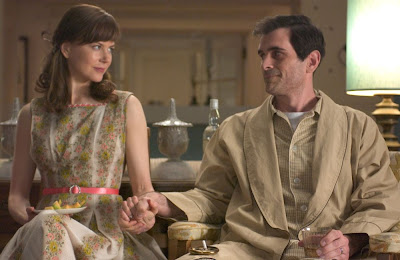 I truly hope that Steven Shainberg’s horrendous, laughable “portrait” of famed photographer Diane Arbus, played cluelessly by Nicole Kidman, will do for Secretary what Terry Zwigoff's Art School Confidential has done for Ghost World with many of my closest confidants. In other words, maybe after seeing this mess, people will go back to Secretary with a more critical eye and see it as the lousy film that it is. 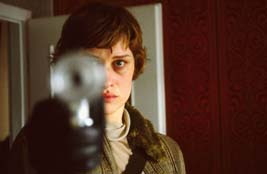 A major blemish on the esteemed reputation of Home Vision Entertainment, this German dud follows the final hit of a hired killer (Lea Mornar, who looks like the lovechild of Patricia Arquette and Robin Tunney) which, naturally, doesn’t go as smoothly as it should. Rent Shadowboxer instead, please. 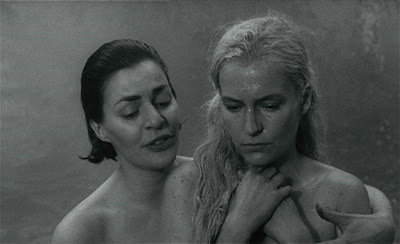 Damn me for giving Zetterling another chance after The Girls. Loving Couples manages to be even worse, another annoyingly calculated portrait of three women, expecting a child, and flashing back to their childhood. 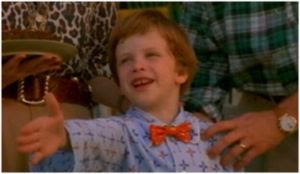 In an attempt to watch a bunch of films we remembered (not particularly fondly) from our childhood, my coworker and I made the mistake of popping this into the VCR, only to find ourselves in utter horror at this insipid, mean-spirited, and absolutely laughless garbage that actually grossed $53 million at the box office seventeen years ago. I want to say, “boy, have the times changed,” but they really haven’t (hello, Wild Hogs). I can’t think of many films where I’ve wished such extreme harm against every single person involved (except John Ritter, whose premature death makes me wonder…) The piece of fuck director, Dugan, has since went on to give us such classics as Saving Silverman, The Benchwarmers, and Big Daddy. I feel dirty just thinking about this trash.

Posted by reassurance at 3:36 AM