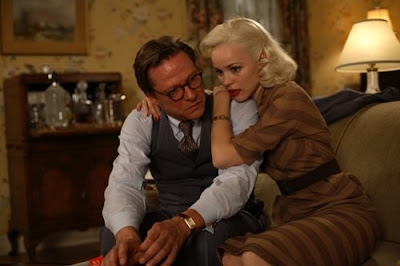 I don’t remember Married Life coming out in March. I know it did, as I remember it starred one of my old faithfuls, Patricia Clarkson, and that actress who looks like a number of other actresses donning hideous white blonde hair (Rachel McAdams). But I don’t even remembered whether Sony Pictures Classics released it wide or limited, and whatever they did, they sure didn’t get my attention sparked. Fortunately, on a whim, I watched it and was pleasantly surprised. Unlike the all-too-familiar relationship foursome melodrama (Closer, We Don’t Live Here Any More, Carnal Knowledge, you know them well), it turned out to be a quiet little film noir. 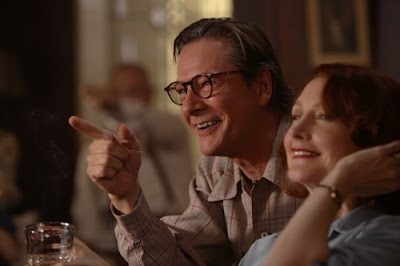 What separates Married Life from your neo-noirs and noir throwbacks like Bound or L.A. Confidential, respectively, is that it isn’t concerned with the stylistic notions of the genre. Certainly, it takes place during the 1940s, the heyday of the noir, but it’s shot in blistering, shadowless color. In fact, it takes about twenty or so minutes into the film for you to forgive Pierce Brosnan’s narration and realize, “oh, that’s why he’s doing a voice over.” Once bored businessman Harry Allen (Chris Cooper) decides that he’s going to kill his loving wife Pat (Clarkson) to spare her the grief of leaving her for a younger woman (McAdams), Married Life really picks up. 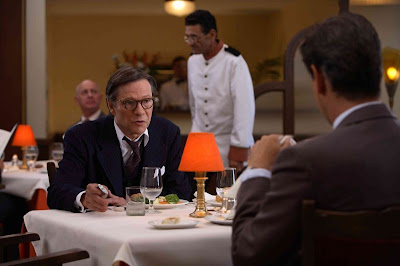 Ira Sachs, whose previous Forty Shades of Blue was a snooze, really keeps things interesting in making Cooper, Brosnan and Clarkson just a little bit naughty. They’re not cunning or particularly clever in their murder attempts or affairs; only McAdams is salvaged of the gray morals as the angelical naïve girl thrown into the mix. In fact, Cooper is probably one of the lousiest attempted murderers I’ve ever seen onscreen. However, the three seem to all be decent individuals in extraordinary circumstances, a major component of the film noir genre. 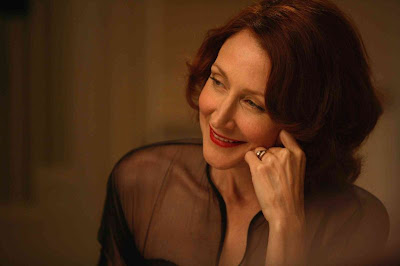 Married Life is probably more akin to Sachs’ first film, The Delta, a slowburn menace of a film about a teenage boy of questionable sexuality and his run-in with a Vietnamese boy on the Mississippi Delta. The strange thing about Married Life, which works beautifully and which Roger Ebert noticed as well, is that no one shouts at one another; there is nary a moment of explosion, and this is what makes Married Life so lovely. Ultimately, Sachs doesn’t fill all his glasses to the top, but it’s still a rich surprise of a film, separate from both the intimate relationship melodramas and neo-noirs we’re all-too-used to.
Posted by reassurance at 4:44 PM