For the love of Jurassic Park III 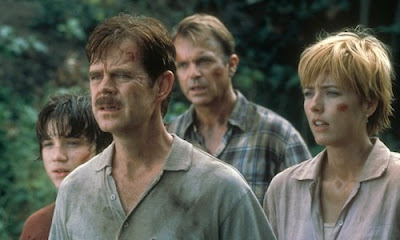 When it comes to Hollywood movie franchises, there always seems to be bizarre patterns of success involved. For anything starring Jason Statham, the second incarnation always stands above the others (I know this to be true of The Transporter, but I’ve heard from various, reputable folks that this is also true of Crank). For a number of the trashy horror chronicles, the Jason Statham rule also proves true (see Final Destination or Rob Zombie’s Halloween… also, outside of the horror genre, the X-Men films), but conversely there’s also the 1 and 3 rule, which applies to two of Wes Craven’s series: the original Nightmare on Elm Streets and Screams (you can argue against Scream 3 being good, certainly, but it’s hard to say it isn’t at least somewhat of an improvement over the 2nd). After indulging for the first time in the third of its series, I would contest that the Jurassic Park series (I’d say trilogy, but I’ve heard another one is in the works) falls into the 1-3 rule, though I know neither of its sequels are held in particularly high regard. 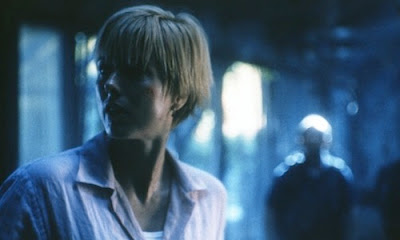 The Lost World: Jurassic Park will always be a notoriously memorable viewing experience for me or, in other words, one that marked a special turning point in my youth. The summer movie season of 1997 will be remembered best as the summer where I first recall truly loathing films of any sort, though it seems hard now to imagine that I was ever “easy to please.” The epic disappointment of The Lost World in May was quickly followed by the colossal disgust of Batman & Robin. Hollywood, for the first time I can remember, has failed this thirteen-year-old with their embarrassing sequels to films I had thoroughly enjoyed during my childhood. Needless to say (perhaps), I decided against seeing Jurassic Park III at 17, already fully jaded, expectedly angsty and unjustifiably haughty; I do know a few of my friends got really stoned and laughed their way through it, but I think I was even “too cool” to get high at that age. 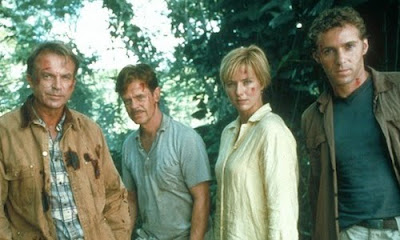 The decision to watch Jurassic Park III nine years later proved to be a fortuitous one. I don’t think that sober, snotty seventeen-year-old would have been half as amused by its ridiculousness (or by the great Téa Leoni!) as this twenty-six-year-old admirer of the low-low-brow was. Like the hilarious and peculiar consistency in which Nicolas Cage has been playing characters with money troubles, Sam Neill returns to the series as Dr. Alan Grant after skipping out on The Lost World and gets tricked into returning to the dinosaur-infested island by a couple of zeroes and a dollar sign (well, as he points out at some point in the film, it’s a neighboring island from the one in the first film, one that’s become overtaken by wild dinosaurs). He’s tricked by a bumbling pair of loons–played by William H. Macy and Téa Leoni (whose hair was clearly styled by the world’s most dedicated Chynna Phillips fan)–whose son (Trevor Morgan) has gone missing on the island after a hang-gliding disaster with the teacher who fucks Reese Witherspoon in Election, who I believe is supposed to be Leoni’s new husband but looks convincingly enough like the town pederast. That the guy from Election shows up, not to mention Laura Dern in a thankless cameo, makes sense when you see Alexander Payne and Jim Taylor’s names appear in the end credits as co-writers. Unlike a lot of other writer-for-hire jobs, Payne and Taylor’s involvement isn’t mysterious or lost in translation, as their contribution can be seen entirely in Macy and Leoni’s characters, who appear to have been magically transported from a very different movie about goofy, bickering exes who inevitably fall back in love with each other. (In a perfect world, Dern would have reprised her role as Ruth Stoops instead of Dr. Ellie Sattler and been cosmically transported into Jurassic Park III). 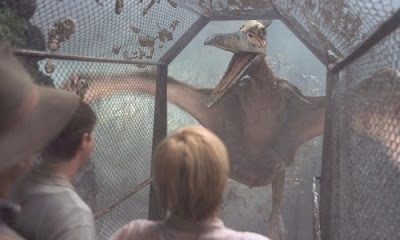 All of the big dinosaur attacks, once Neill lands on the island with his protégé Alessandro Nivola and the Macy/Leoni odd couple, resemble little of what happens in the first two films, as new director Joe Johnston (the man responsible for such gems as Honey, I Shrunk the Kids, The Rocketeer, The Pagemaster, Jumanji and most recently The Wolfman) shows more of an affinity for the Turok video games than the filmmaker he’d worked under for years. As is always the case for sequels, the stakes are higher, which here translates as the black guy getting offed earlier than he usually would (it takes a little longer for Michael Jeter to bite it). Of course, Macy and Leoni’s far-fetched-in-the-real-world but sure-to-be-true-in-the-movie-land notion that their child is still alive proves true, and of course, the kid is magnetically drawn to the otherwise misanthropic Dr. Grant… and thankfully isn’t half as irritating as the two writer’s contrivances that pass as Richard Attenborough’s grandchildren in the first film (the children of neurotic parents always turn out a lot saner than usual in movies, don’t they?). 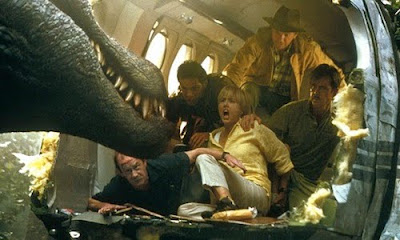 At just ninety minutes, Jurassic Park III’s climax smells like the trenchant cocktail of screenplay revisions and budget-cuts, but that’s hardly a setback. Jurassic Park III provides more entertainment than it ever should have; placing a bunch of respectable actors in the broken back half of a jet that’s being tossed around and smashed by a dinosaur has never been a bad idea in my mind, and when those actors happen to be a desperate Sam Neill, a hot Alessandro Nivola, a mustache-donning William H. Macy and Téa Leoni (no adjective needed), I’m sold.

All three Jurassic Park films are available on DVD from Universal everywhere; Blu-rays have yet to come out for any of them.
Posted by reassurance at 5:51 PM

Amen! I also think Terminator 3 is very underrated... and has the best ending. And for JP3 the whole Payne-meets-dinosaur world premise is never used as a fourth-wall busting excuse to fall back on cliche'd horndogging, like it might for some other comedic-based filmmakers. I can barely watch JP2 - the Lost World due to all the smug liberal posturing, but J3 is always welcome.

Was I the only one to get a "herbivores rule" vibe from this film?

I'm new here, but wanted to say that I enjoyed this piece. There's a definite entertainment value to Jurassic Park III. I have fond memories of stumbling upon it on television one lazy afternoon and being absolutely transfixed.

Granted, every climax and shock can be seen a mile away, but sometimes, that can be enjoyable for some harmless entertainment.

Scream 4 is in production, too.

Jurassic Park 1 was definitely the best of the series. The original is usually the best movie of a series because that is the one that drew you in in the first place. That said, I could watch just about anything with dinosaurs running rampant eating people...it's just good fun.

Jurassic Park 1 is the best part of the whole version.I just love the part.

I think that the first Jurassic park is the best part of that film.