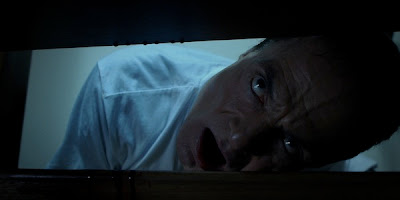 I’ve been pretty out-of-the-loop as to which films the kids are talkin’ about these days… but for whatever reason, one film has awkwardly wedged its way into several conversations with an alarming frequency in my social life. The film in question: The Human Centipede. Unfortunately for me, The Human Centipede happens to be one of maybe four 2010 cinema releases I’ve actually seen, thanks to a misguided recommendation (thanks, Mike!). From these conversations, I’ve gathered that most people haven’t actually wasted the hour-and-a-half I have but likely viewed the trailer or read Roger Ebert’s zero-star review of it. Yet every time I give my look of disgust at its mention, I notice the faces of the people I’m talking to morph into a look of depraved elation. “You’ve seen it?? Is it totally gross?” 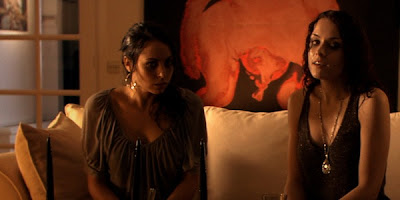 Maybe I’ve officially grown out of the phase when one enjoys grotesque films, but I don’t understand how anyone–whether you’ve grown out of that phase or not–derived any amusement from The Human Centipede. If you know the premise, you’ve pretty much seen the film. The simple idea of the human centipede is enough to either nauseate or perversely excite you, and watching the film will do little to change those sensations… unless of course you were expecting anything more. The Human Centipede is an artless film, which isn’t in itself a bad thing, but it is nothing more than a simple disgusting thought turned into a humorless ninety-minute test of one’s patience. Subtext, allegory, motive and tension are all woefully absent, but so is the sort of bloodlust and iniquity that The Human Centipede’s target audience would expect. 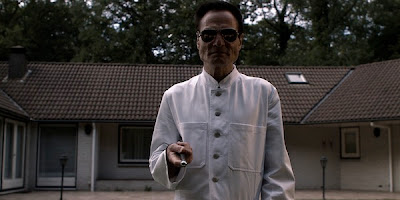 I doubt my disgust in The Human Centipede will sway anyone in either direction. The most I can hope for, I suppose, is that the sorry individuals who will make the same mistake I did will share my sentiments and demand more from their trash cinema.
Posted by reassurance at 8:02 AM

Thanks for the warning Joe

LOlz bad recommendation by friends just like me. I watched source code which was recommended to me by one of my friend n it was such a pathetic movie

I’d have to consent with you one this subject. Which is not something I usually do! I love reading a post that will make people think. Also, thanks for allowing me to comment!

You got a definitely helpful blog I’ve been right here reading for about an hour. I’m a newbie and your accomplishment is quite a lot an inspiration for me.