Here's an update of what I've been watching in the past few days. 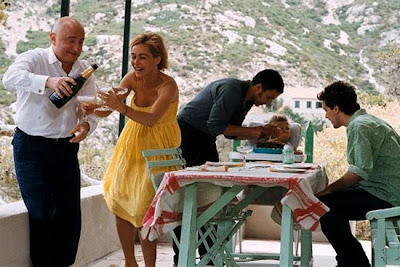 The Witnesses is uncharacteristically swiftly-paced for an André Téchiné film, particularly one that deals with what I'd like to call a love trapezoid during the course of an entire year in the early 80s. Like his previous Wild Reeds and Strayed, he treats The Witnesses like an epic war romance, crafting the AIDS crisis into une guerre, told from the point-of-view of an apathetic mother and wife (Emmanuelle Béart) whose husband (Sami Bouajila) is sleeping with a young boy (Johan Libéreau, of Cold Showers) who comes down with signs of what we now know as AIDS. Though successful in its own right, the film ultimately lacks the overall heartbreak of Wild Reeds and the simply stunning nature of Rendez-vous. Try not to pay attention to Béart's plastic surgery face and lips (or the fact that an American character who shows up near the end is clearly not from the United States).

Note to foreign directors who've made a successful horror film in their native country: don't come to America. Now, I'm not outright banning anyone from coming, but Hollywood has been recruiting foreign directors for their shitty remakes for the past few years (see The Hills Have Eyes, The Grudge 2, Hitman), and now we have the directors of Them to blame for The Eye. Them is actually pretty creepy (which is something I've heard The Eye certainly is not), but it feels more like a suspense demo reel than it does an actual film. It's tense and eerie, but empty and meaningless. Thankfully at seventy-seven minutes, it's hard not to at least applaud the directors for favoring old-fashioned terror over merciless gore. 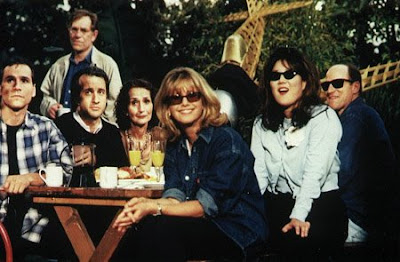 It's been AIDS week at my house, first with The Witnesses and then It's My Party. It's My Party is pretty indisputably bad, but I can't bring myself to despise it. The film represents a specific era of time in which AIDS irrevocably changed the lives of everyone around it. In It's My Party, a brain tumor begins to eat away at Eric Roberts (whose casualness about dying gets grating after a while) after years of suffering from AIDS. Instead of dying in a hospital, he throws himself a "going-away" party with his close family and friends, including Lee Grant as his Greek mother, Marlee Matlin as his sister, Olivia Newton-John, Bronson Pinchot and Margaret Cho as his best friends, and George Seagal as his estranged father, among others. I can't really call It's My Party hokey because, in a way, it's authentic; its subject matter is too desperate to be easily dismissed even if it's constructed by lousy filmmaking. Just look at it as a brave aritfact. 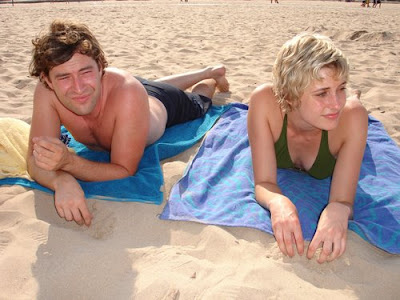 Grumblecore. Mumblecorpse. Those are two words that I couldn't resist using in reference to Joe Swanberg's Hannah Takes the Stairs, the ultimate test of my patience in a long time. In yet another depiction of post-college life, Swanberg introduces Hannah (Greta Gerwig), an emotionally confused serial dater who blows through the hearts and lives of three men (Mark Duplass of The Puffy Chair, Andrew Bujalski of Mutual Appreciation and Kent Osborne) throughout the course of the film. With Hannah Takes the Stairs, Swanberg best identifies the dead-end nature of the so-called mumblecore movement, crafting a film that's barely distinguishable in maturity or even in terms of plot devices from his previous Kissing on the Mouth and LOL. I could go on, but I'm remaining tight-lipped on this one. 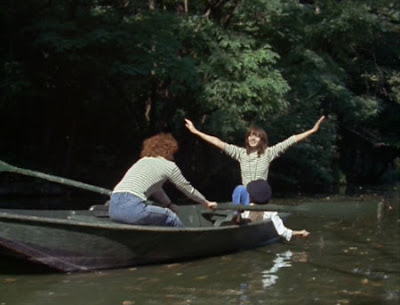