Delirious? You mean the one with John Candy? 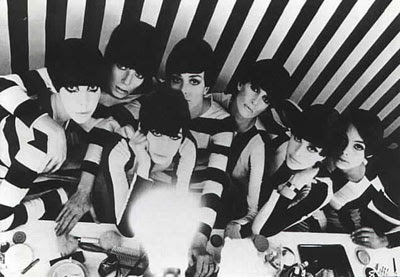 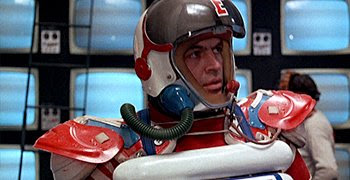 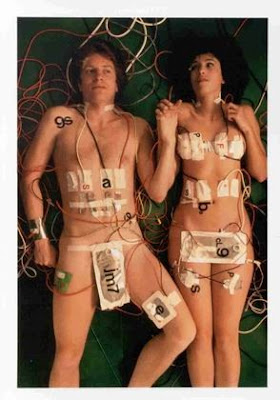 I ventured into the so-called delirious fictions of William Klein over a month ago and only when listening to Serge Gainsbourg this evening was I reminded of such. Touted as lost narrative classics of the ex-patriot photographer Klein, to say that they each left something to be desired wouldn’t be accurate. For, what’s most strange about these three films, particularly Mr. Freedom and The Model Couple, the two weaker of the three, is that everything is in place. Both Mr. Freedom and The Model Couple have their tables set for delicious satire, but maybe it’s their tidiness that makes them so forgettable. Or maybe that while Klein may have been thematically “ahead of his time,” his films just didn’t have much to say that couldn’t have been summed up in a sentence. 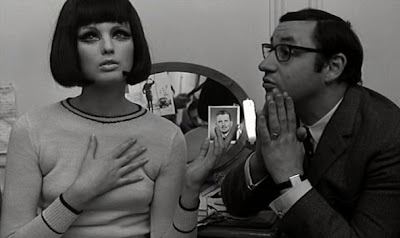 The delirium that The Criterion Collection speaks of can best be found in Who Are You, Polly Maggoo?, which is the only enjoyable one of the three. It’s amusing kitsch and a satire that sort of works overall, or at least in comparison. The other two, however, solely rely on pulpiness and their own proper table-settings which never equal anything substantial or even entertaining. Even with Mr. Freedom’s amusing cast of celebrities, which include Delphine Seyrig, Donald Pleasance as Dr. Freedom, Philippe Noiret, Serge Gainsbourg (with a horrible over-dubbing in English), and Yves Montand as Captain Formidable (in an uncredited cameo), the film hardly ranks high in its own novelty. I think I’ll just stick to my Serge Gainsbourg albums from now on, and I’ll probably soon forget the so-called delirium of a once-forgotten and should-be-forgotten-once-more artist.

Posted by reassurance at 5:07 AM

agreed, on the two color films, but Polly Magoo slapped me sideways. loved it.

Yeah, I don't know what quite went wrong after Polly Maggoo, but I thought Mr. Freedom and The Model Couple were pretty wretched.

Good for people to know.