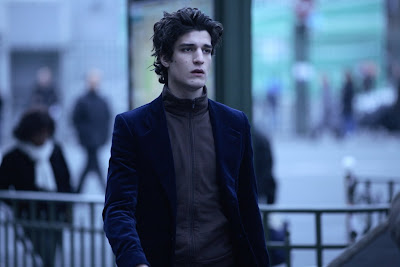 Yet another example of my declining emotional wellbeing has emerged, and, if you know me, it shouldn’t come as a surprise that it’s in the form of a French musical. I can hardly resist those bastards, and even when coming from a director I typically loathe, I’ve become infected, yet again. It began earlier this year when three films (Olivier Assayas’ Boarding Gate, Bruce La Bruce’s Otto; or Up with Dead People and Gus Van Sant’s Paranoid Park) snuck up on me, finding a vulnerable, confused lad emotionally stricken with these strange tastes of melancholy and hope sufficing for a certain void within his own soul. 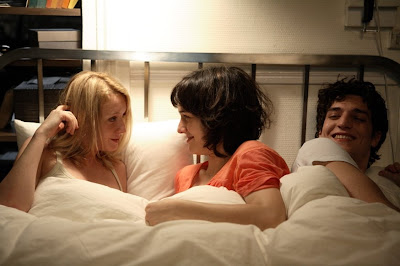 Christophe Honoré has been pissing me off for years. When I got a chance to see Ma mère, his misfire of an adaptation of the final novella of Georges Bataille starring Isabelle Huppert, I knew he was up to no good. I even saw it on opening night in Paris, and that didn’t even help the endeavor. And then there was Dans Paris, which solidified my disdain. But, damn him, if he didn’t hit me in the right way with Love Songs, another dually serving teaming with star Louis Garrel. Garrel has made a career out of allowing himself to be desired, particularly by gay directors (François Ozon also used him in a short called Un lever de rideau), in the shedding of clothes, the hazing of his eyes and pouting of his lips. For once though, I was able to spot what so many people find alluring about the actor in Love Songs and maybe allow the inevitable comparison to Jean-Pierre Léaud (although, shoot me if I ever allow a comparison between Honoré and Godard to subsist; you’ll know I’ve fallen over the deep then). 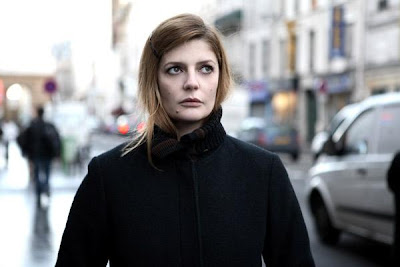 I suppose it best to walk into Love Songs with no idea of what to expect, other than the occasional breaking into song and dance and a chance to see the ever-charismatic Ludivine Sagnier in action. So, if you haven’t seen it, I wouldn’t recommend reading further as I guess this would be my spoiler alert. Knowing nothing of its story, the film went places I didn’t expect, placing into question the validity of its title. As one of the leads dies within the first act (it’s annoyingly divided into three and separated by title cards), the film shifts into a certain variation on a “love song,” with all the flavor of melancholy. Granted, that the character dies of unprecedented heart failure makes Honoré’s analogy a bit trite, it still fuels the film into lovely directions. 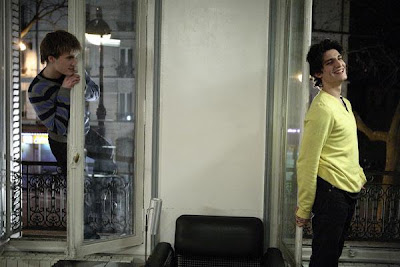 It would also mark, for once, Garrel falling into his character, as he entertains a romance with a teenage boy (Grégoire Leprince-Ringuet), almost as if officially giving into the gay pursuit filmmakers seem to love to take him. However, it’s really Chiara Mastroianni that’s most ravishing in the film, providing the finest musical number in the film, and probably the most effective as well. Love Songs, thus, becomes just a sign of my own times, another cinematic example of my waning existential crisis. I don’t even know if I’m of proper sound mind to actually discuss films that aren’t Mother of Tears. On vera.

Posted by reassurance at 3:26 AM

I agree (as I do with most of your reviews) with your review of Love Songs and the review of Louis Garrel's acting career (which is hilarious). I always tend to emphasize over films that have felicitous gay romance and characters. There are many dreadful independent 'gay themed' films so with films like Love Songs I left in a pleasant mood and not in great hurry to find something to distract me from sinking into my more negative side.