Kill the Teenagers for Their Insecurities 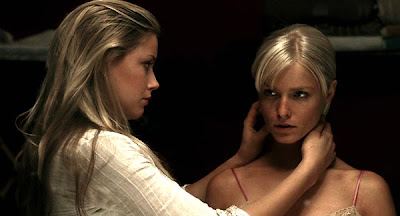 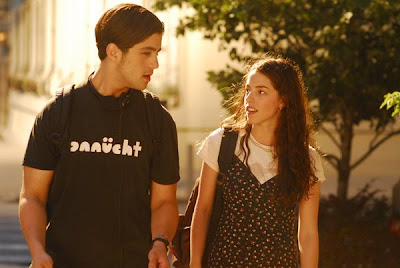 Oh, teenagers. Their woes will always find a way onto the screen, particularly from directors trying to figure out what those seven or so years of post-pubescent angst actually signified. For director Jonathan Levine, the answer is “not much.” In his first two features, the insecurities of teenagers find a home in two different, but equally contrived genres. For All the Boys Love Mandy Lane, a virginal orphan, perfect in every way, named Mandy Lane (Amber Heard) is the object of carnal teenage conquest, only to result in the graphic deaths of a handful of her inferiors. For The Wackness, your average wigger kid/drug dealer who can’t get laid (Josh Peck) finds his eyes opened by a psychiatrist with a mid-life crisis (Ben Kingsley) and his step-daughter (Olivia Thirlby of Juno). Both films revel in their own clueless insincerity, only peeping out from their genre walls for the sake of “cleverness.” 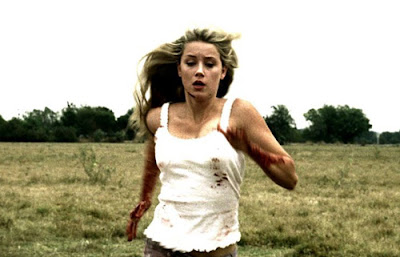 Thankfully, All the Boys Love Mandy Lane proves to be so relentlessly amoral and blind of the political and cultural can of worms it opens that its dishonesty becomes inconsequential. For those who haven’t heard of it, you aren’t alone. The Weinstein Company shelved the film two years ago, perhaps as a result of Virginia Tech, or because they had no idea what to do with it. On the surface, it’s an acceptable throwback to 80s slasher flicks (Levine loves throwbacks) in which teenagers do a bunch of coke, get loaded, fuck each other and die for their sins, but second and third act twists unleash the worms that make Mandy Lane considerably more cringe-worthy and close-to-home than your usual cut-‘em-up. It ends up being both refreshing and contemptible, which are the only results Levine could have hoped for. 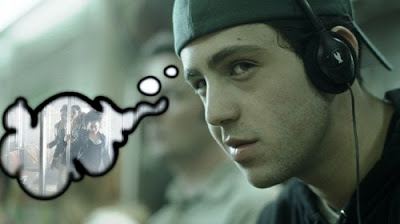 The Wackness, however, drips with the same insincerity, which one can quickly spot in both films’ Super-16, sped-up, music video grainy cinematography and which is annoying to say the least. Set in the early 90s for cute factor (check out the soundtrack and Nintendo and 90210 references), The Wackness wants to be authentic, another “throwback” to cheeseball coming-of-age tales, yet its dishonesty rings more disreputable than Mandy Lane if only because the latter’s genre doesn’t leave much room for authenticity. Kingsley phones in a performance that I’m sure Robin Williams would have been proud of, stoically hitting a bong without a wink and grossly making out with Mary-Kate Olsen.

I don’t hold many films to a social responsibility, so I can let Mandy Lane slide more than some might be able to. And yet, is it my own preference toward shallow teenagers getting hacked up toward white, English-speaking teenage boys coming of age that lets this slide? I don’t think so. With Mandy Lane, Levine places himself as the metaphorical razor-blade or bottle of pills for which the teenagers, each of which equipped with body issues and non-existent self-esteem, and yet in The Wackness, he uses the same teenage qualities to look for something a bit richer, more poignant. He may let his Wackness teens see the next morning, but at least he doesn’t put the Mandy Lane kids under some silly sympathetic pretense.
Posted by reassurance at 1:16 PM