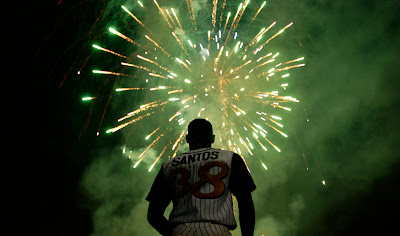 While Laurent Cantet's The Class [Entre les murs] and the fourth season of The Wire may have forever altered the tired classroom genre, Ryan Fleck and Anna Boden's Half Nelson was the first, rousing sign that the days of Dangerous Minds and Mona Lisa Smile had ended. With Sugar, Fleck and Boden have aimed to do the same with another eye-rolling genre: the sports film. While a mostly admirable attempt, Sugar comes up short in a lot of the aspects Half Nelson succeeded. 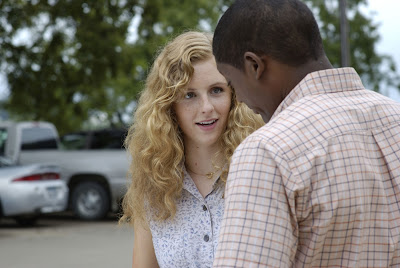 Fleck and Boden were the only two people who could have got me excited about a sports film, being neither a fan of athletic competitions nor, especially, their representation on film. Following gifted Dominican pitcher Miguel (Algenis Perez Soto), or Sugar as he's known by everyone else, the filmmaking pair take a surprisingly singular approach to the usually team-oriented subject of baseball. As Sugar moves from the Dominican Republic into the American minor leagues with very little knowledge of the English language, his journey becomes a predominantly solitary one. While it's perhaps unfair to constantly compare the film to Half Nelson, Sugar lacks the astonishing dynamics of character between Ryan Gosling and Shareeka Epps. 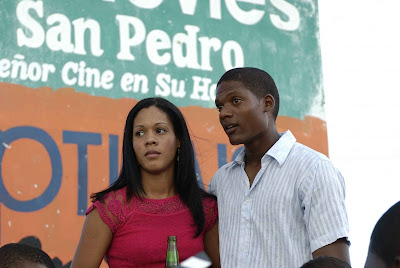 Though aided by some fantastically edited game sequences and an aversion to cheap sentimentality, the temptation to descend into lame clichés isn't evaded as much as one might hope. Sugar's debut on the mount comes with a slew of expected conventions: the initial fumble, the pep talk from his sort-of mentor (Rayniel Rufino) and then the extraordinary delivery on his promise. The film takes a shift in its final third, but for those of you hoping for a scene to mirror the exhilarating climax of Half Nelson (when Gosling and Epps see each other in the hotel room while Broken Social Scene's "Shampoo Suicide" plays on the soundtrack), it isn't there. 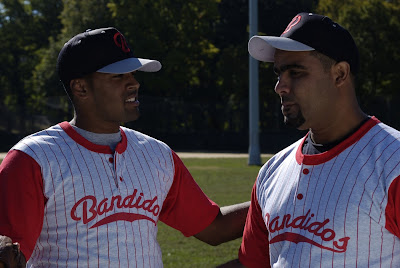 In downplaying most of the film, Fleck and Boden provide us with something a lot more meaningful than the typical underdog story, but they also risk making Sugar as unmemorable as the films it's critiquing. I'd also like to start a petition to ban filmmakers from using any version of Leonard Cohen's "Hallelujah." From films like Basquiat and Watchmen all the way down to episodes of The West Wing and Scrubs, the song has worn out its welcome, and even using a Spanish-language cover of it, as they do in Sugar, still feels just as trite.
Posted by reassurance at 7:30 PM

Excellent piece. I'm always interested in new wrinkles in the rather tired sports movie genre. I'll check this out.