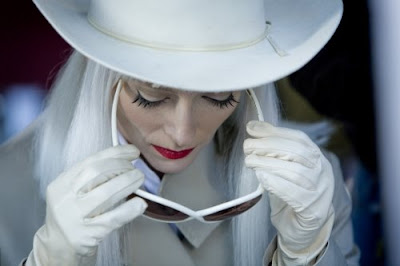 Though also structured around a series of vignettes, Jim Jarmusch's latest, The Limits of Control, is a welcome departure from his last two films, Broken Flowers and Coffee and Cigarettes. Bearing a much closer resemblance to Dead Man and, perhaps, Ghost Dog: The Way of the Samurai, The Limits of Control is Jarmusch at his most coded and narratively "avant garde." Setting aside his usual influences (Yasujiro Ozu and Seijun Suzuki, for example), Jarmusch opts for a strange fusion of Jean-Pierre Melville, Alejandro Jodorowsky and, even, Jacques Rivette. Using these comparisons might suggest a dismissive act of deduction, but, like so many of his other films, The Limits of Control owes everything to the familiar and mysterious world of the cinema. 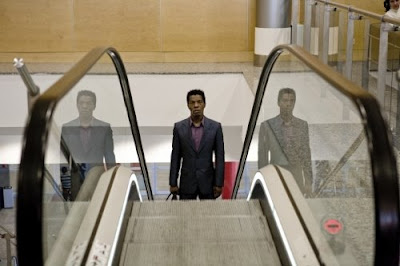 Though I suspect this is how I feel about most films that would qualify, it isn't until Tilda Swinton appears onscreen that the film begins to work. With a white-blonde wig and cowboy hat, Swinton delivers the film's best line, "Movies are like dreams you're never really sure you've had." The line was taken directly from a speech Swinton gave at the San Francisco Film Festival in 2006 and ultimately serves as both the guiding light of The Limits of Control as well as the point of surrender. As the third visitor for Isaach De Bankolé, the hero of the film simply credited as 'Lone Man,' her arrival onscreen is when the viewer is forced into deciding whether or not they wish to accompany Jarmusch and De Bankolé on their strange, covert journey through Spain. 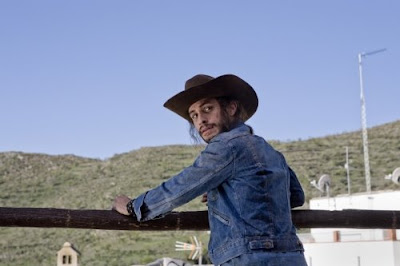 In a series of arcane, frequently misleading codes, the viewer follows De Bankolé on this cryptic quest, adorned with mostly familiar faces (De Bankolé, Swinton, Bill Murray, Alex Descas, John Hurt and Youki Kudoh have all starred in at least one other film by the director). While the partnerships with cinematographer Christopher Doyle and musicians Boris and Sunn O))) are firsts for their director, they certainly recall the directors' best visual and musical collaborations. In the end, what one takes from The Limits of Control is a matter of decision and acceptance. The film never reaches the unbeatable heights of the films it aspires to (Céline and Julie Go Boating and The Holy Mountain, to name a few), but I'd be ridiculous to slight any film that. For the patient viewer though, The Limits of Control has a lot to offer and is the most assured film the director has made in a decade.
Posted by reassurance at 9:32 PM