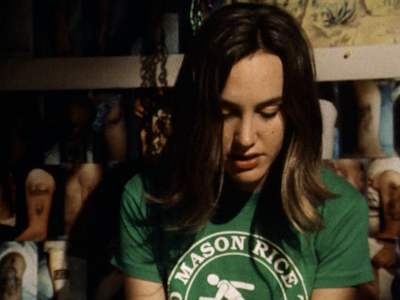 It's so secret that the state of young American independent filmmaking is in sorry shape. The digital revolution hasn't yielded the surge of artful low-to-no-budget paragons the more optimistic film lovers had hoped. But in every trash heap, there's something of value to be extricated. For me (and many others), Andrew Bujalski's films are the salvageable ones. Lumped alongside young filmmakers of significantly less aptitude, Bujalski captures his generation with a rare skill. His subjects, the alienated lot of twentysomethings, stem from a very American cinematic tradition, one that's already grown tired thanks to some of Bujalski's peers. While his first film, Funny Ha Ha, doesn't reach the heights of his later Mutual Appreciation, it establishes Bujalski's vision in a cogent manner, which reaches further than most young filmmakers' admirable first exertions. 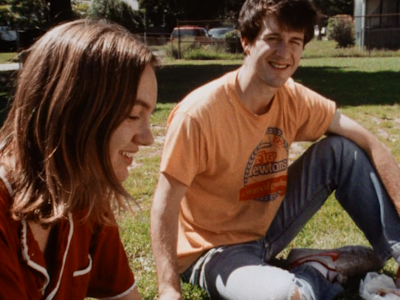 All of the filmmakers associated with the so-called "mumblecore" movement situate their characters within the same concurrent universe, but unlike most of the others (I'm sure you know who I'm specifically referring to), Bujalski is celebratory in the numbing mind state of his post-collegiates, acknowledging the humor of their seemingly overwhelming despair and ennui. In both Funny Ha Ha and Mutual Appreciation, every evening arrives like a box of mystery, laced with the possibility for excitement. In Funny Ha Ha, Marnie (Kate Dollenmayer), a girl both awkward and charming in her own right, stumbles upon a party of some guys she mistakenly thinks are friends of another friend's girlfriend, gets trashed, wakes up miserable and repentant. That misery dissipates because within this world the following day always holds that desirable potential. Watching Bujalski’s films unfold is like a small revelation, finding beauty in the confused path of his characters and allowing their misery to transpire, if only because it makes for brilliant humanity and, sometimes, exquisite comedy. 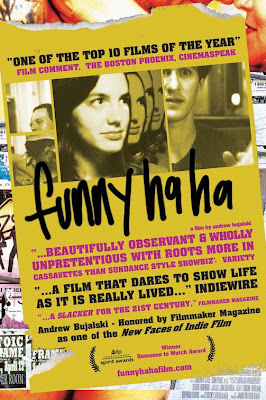 Awards: Someone to Watch Award - Andrew Bujalski (Independent Spirit Awards)
Posted by reassurance at 8:00 AM

The Kid In The Front Row said...

I love this film! Haven't watched it in a while though -- thanks for putting it back in my mind :)

Very interesting article. I Just though that you really know your topic very well to write this. Many of the benefits we derive from this topic. Thank you for sharing.hcg