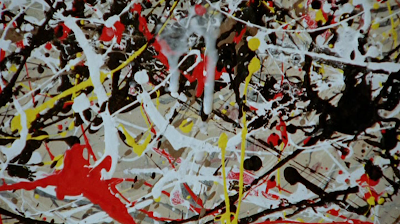 Oh, Shortbus. A mere three years later, it seems such a distant relic of a time hauntingly familiar. George W. Bush was in his second term. Gay marriage seemed (and, well, yeah, still seems) like a pipe dream. Like Woody Allen's Manhattan, Shortbus was a love-letter to New York City more than anything else, but thirty years later, it was a New York City as part of what Dan Savage called the archipelago chain of islands where American lefties, artists and queers could find some form of solace. It was a portrait of the politically sane, emotionally fatuous urban bohemians, searching (hard) for a way to identify themselves in a country they weren't sure they still recognized. 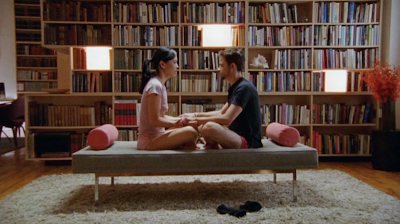 Of course, Shortbus' greatest flaw is that the characters within the film ARE already identified, mainly by their own sexual hang-ups. Sofia (Sook-Yin Lee) is pre-orgasmic, James (Paul Dawson) won't let his boyfriend Jamie (PJ DeBoy) fuck him, Severin (Lindsay Beamish) has to spank rich boys in order to stay in New York. It stands as a minor setback ultimately, as the struggles to break these concrete identities is where the characters attempt to actually find themselves and each other. 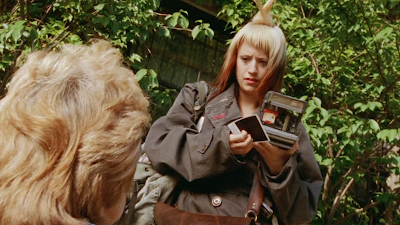 Its second, nearly damning flaw is that the characters' struggles demand so much empathy from the audience that the film's power risks evaporating in the hands of the sexually well-adjusted and romantically satisfied. It perhaps says quite a bit about me and my friends that Shortbus resonated so deeply. Not to call anyone's personal insecurities out, but the parallels were astounding. He won't let his boyfriend fuck him for whatever reason, she's been faking her orgasms for years, he's whoring himself in some way in order not to have to return to the Midwest. The sentiments were certainly shared by many, but I wonder about the rest of the people who saw the film, the individuals who might have been unable to give a shit about other people's sex problems or, contrarily, might have been, if timed properly, one of the film's many "sextras." 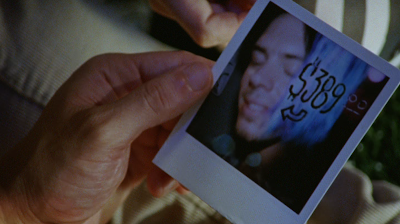 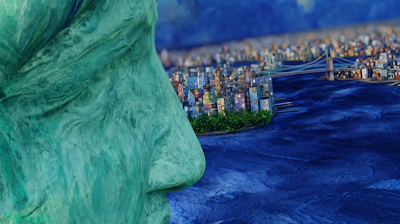 Mitchell makes the mistake of allowing easy resolutions for all the fags, which, whether it's a change of pace or not, still feels cheap. He leaves the more confounding emotions to the two (kinda) straight women who find a temporary emotional and sexual balance during the film's closing blackout. For all the problems I address with Shortbus, you might ask why I've even included it on the Decade List. Shortbus succeeds in a way most films don't, and that's in capturing that tiny window of feelings, ambitions, anxieties within its geographical and generational boundaries. I'll never deny that my feelings toward Shortbus are extremely selfish, but seeing the film in the city it so endearingly illustrated, in pastel model form with Animal Collective and The Hidden Cameras whirling with the camera, Shortbus is by equal measure a relic of myself. 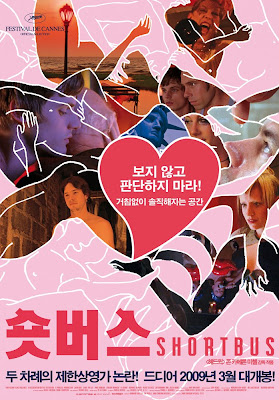