If only Flightplan were this good... 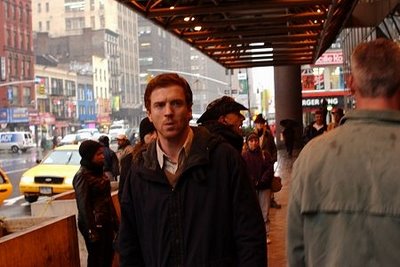 As the better of the "Where's my daughter?" flicks of 2005 (Flightplan maybe being the only other one), Lodge Kerrigan (sometimed credited as Lodge H. Kerrigan) has become the American auteur no one's ever heard of. Around the time of the 2004 Toronto Film Festival, Keane was one of three of what critics considered the important American independents (Gregg Araki's Mysterious Skin and Todd Solondz's Palindromes being the other two), yet snuck quietly into and out of theatres a year later before anyone could tell their friends how good the film was. And, while I have a strong admiration for Mysterious Skin, Keane appears to be the best of the three. (I think Palindromes is loathesome, by the way). While we can applaud Araki for his handling of complex emotions, it's still an Araki sort of subtlety. Keane, instead, is silently raging. Everything here boils beneath the surface, and Kerrigan composes each scene (mostly in single-takes) with a hauntingly subtle intensity, which is paired brilliantly with Damian Lewis' rich performance as the title character. The DVD, released by Magnolia Pictures, includes an alternately edited version of the film by Steven Soderbergh, which I haven't watched; most agree Kerrigan's edit is better, but it's an original idea for a DVD special feature. You should totally see it, 'cos isn't it always cooler to like movies no one's ever heard of? 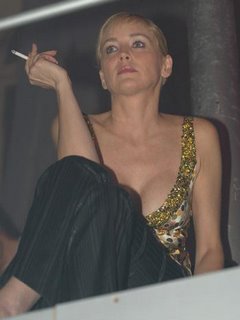 On a side-note, I read... I think on the Internet Movie Database... that despite the huge failure of Basic Instinct 2, Sharon Stone is ready for 3! Only in the director's chair... I guess I don't have to fully extinguish my desire for a Showgirls for whatever-the-fuck we're calling this decade. And, if not, she's also primed and ready for sequels to both Total Recall and The Specialist (though, didn't she die in Recall?)
Posted by reassurance at 4:24 AM