An amnesiac, a hot stalker girl, and an angsty Taiwanese homo walk into a bar... or, A Wasted Day of Film 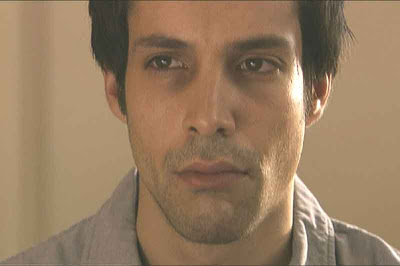 You probably already know that the words “based on a true story” are like nails on a chalkboard for me. It’s sort of a taste aversion, like how I can’t drink root beer because I barfed after having it when I was a kid. In Amnesia, director Langlois attempts to dispel such negative notions of the “docudrama,” by using the true story of an American man who woke up naked in Montréal with no memory of his identity as a means to explore ideas of “nature vs. nurture.” All the man remembers is his name, James Brighton (which ends up not really being his name), and that he’s gay. Langlois focuses on the gay thing by with little success. He sets up the possibility of intrigue and seems satisfied with just simply asking the question. In fact, he doesn’t really “ask” anything as much as he just implies that there’s an underlying question lurking around. When the possibility that James (Dusan Dukic), whose real name is Matthew Honeycutt, is faking his amnesia for attention, the question becomes a further distraction as Langlois never believes this theory. Instead, he offers the audience typically distorted flashbacks of James/Matthew being harassed and beaten up by a group of “straight guy” clichés. Amnesia ends up being an idea film with nothing to say and Langlois a lousy psychological researcher who’s happy enough to just to ask the questions instead of looking for the answers. 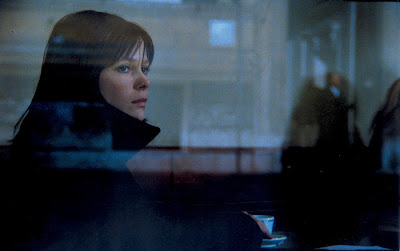 She’s pretty, she’s shy, and she stalks you because she loves you. Maudlin Valeria (Barbora Bobulova) is translator by day, window stalker by night. When Valeria finds that the subject of her voyeurism enters her day world, all becomes disrupted… blandly. The Spectator purposefully calls to mind Hitchcock’s Rear Window in the lousiest respect. It’s a suspense-free “thriller,” reminiscent more of this year’s wretched The Page Turner than the worst thing Hitchcock’s ever made. There’s even a dead dog! Director Franchi fills The Spectator with empty provocations and Valeria with shallow motives. Our confusion about why a girl like Valeria would ever do what she does never feels like decisive fascination on the director’s part as it does the work of a clueless screenwriter. Franchi made his follow-up this year at Venice with the sexually-explicit Fallen Heroes, which will hopefully show an improvement if it ever gets released stateside. Oh, and thanks Facets for a DVD that makes a 2004 film look as washed-out as one from the 60s with no restoration. 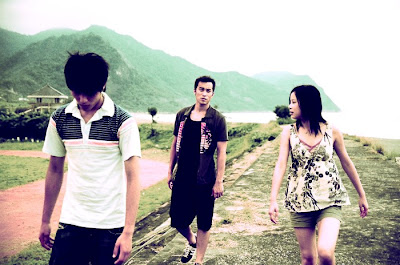 Taiwanese queer cinema loses some of the magic that Tsai Ming-liang invoked in my mind with Eternal Summer. Why are films about repressed gay teenagers in love with their better-looking straight best friend still made? Eternal Summer offers no reason for existing, other than having a cute lead actress (Kate Yeung) and passable cinematography. Let’s try to keep this plot line for talentless film students who’ll never get funding for their feature-film screenplay. Carrie (Yuen) falls for shy Jonathan (Bryant Chang), realizes he’s a poof and goes for his best friend Shane (Jonathan Chang), a ne’er-do-well basketball star. Blah blah blah, you know the rest; I just wish the director had realized this before making this compost pile of a film.
Posted by reassurance at 6:45 PM