Preemptive Strike; or I Know Who Killed My Career 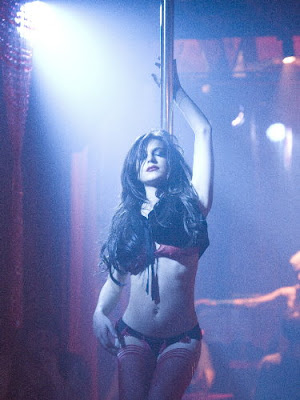 I don’t follow Lindsay Lohan’s “career” or private life very closely, but I can state with some certainty that I Know Who Killed Me came out three years too early. I Know Who Killed Me is precisely the schlock-y B-movie that an actress whose career had been dead for a while would make, not the film to officially signify falling off the map. It’s also the sort of film that applauds itself in making reference to one of her more popular films (here, it’s Freaky Friday) by adding a level of sleaze on top of it. Lohan again takes on dual roles, one a peppy high school girl who wants to become a writer, the other a down-on-her-luck stripper. Dakota Moss, the stripper, becomes mistaken for Aubrey Fleming, who has been missing for several weeks. Someone probably should have kidnapped and tortured Aubrey’s parents (played by Neal McDonough and a slumming Julia Ormond) for giving her such a horrible name. 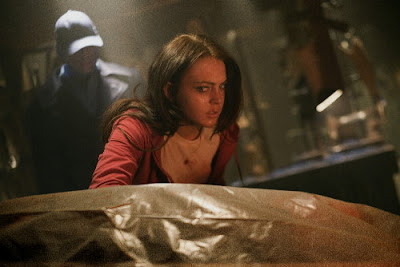 I Know Who Killed Me is the preposterous thriller you’d imagine it to be. There’s a stupid mythical twist near the end that never makes sense to anyone other than the filmmakers, and when the villain is finally revealed, the screenwriter apparently forgot that the establishment of the character would have no bearing on the particular Lohan character that uncovers the truth. Thus, I don’t think there’s any motive given for the brutal dismemberments, which is fine because I could barely be bothered to pay much attention, let alone care about what was going on by that point. The director, for some puzzling reason, paints the film in a hyper-blue that reeks of film school incompetence. I would probably suggest following a viewing of this shit with Kieslowski’s magnificent Blue just to give the color a better frame of reference. 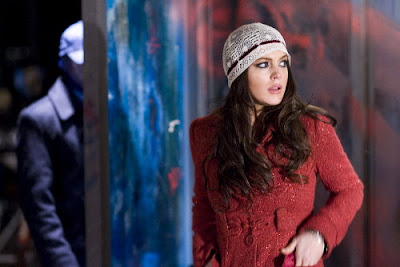 I recall little of Freaky Friday, but I have little doubt that Lohan performed better there than she did with I Know Who Killed Me. I guess in someone’s mind the fact that Aubrey and Dakota both have that raspy martini-soaked Lindsay Lohan voice (even though one of the girls is a goodie-goodie) and even the same hairstyle and fake color would make the identity confusion more plausible. It’s also worth mentioning that Lohan is the only stripper in the joint who remains fully clothed throughout her dance, though I think everyone with access to a computer has seen her naked. These puzzlements just further draws in one’s confusion as to the purpose of this fiasco. Certainly, Lohan could have found a better project to shed her child star image (if she hadn’t already done so in the tabloids). Perhaps there's some meta level of appreciation in Lindsay Lohan trying to save the good girl version of herself, but ood luck trying to find anything worth salvaging in I Know Who Killed Me; my efforts proved futile. 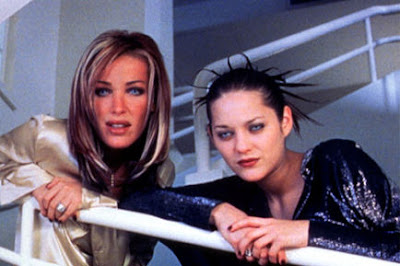 I Know Who Killed Me began an unintentional double-feature with the film Pretty Things (Les jolies choses) with the lovely Marion Cotillard, the front-runner in this year's Best Actress race for La Vie en rose, also playing dual roles. I really had no idea what to make of Pretty Things going in, aside from my adoration of Cotillard (particularly in a dual role) and the potential for provocation as being adapted from a novel by Virginie Despentes, director of the dreadful Baise-moi. If nothing else, Pretty Things became much needed reassurance that I should quit holding actors on a pedestal. As wonderful as Cotillard was in La vie en Rose and as effective as she may be here, no grand artist would have ever allowed themselves to be part of such manure. Pretty Things was the much-needed ice-cold shower that I needed to unseat the golden calves that are actors.
Posted by reassurance at 11:04 PM