Stop Me If You Think You've Heard This One Before 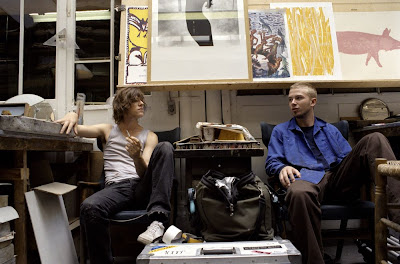 Here's problem presented in the anthology, Paris je t’aime. The short film format is something that either these famed directors have never truly worked in before or that feature-length narratives have clouded their memory of. Most of the directors here have decided to spoil their five minutes with a cheap gimmick, presenting something in one way, only to “surprise” us with a totally different understanding of what we just saw. Alfonso Cuarón is the most guilty, using his now signature single-take to show a dialogue between Nick Nolte and Ludivine Sagnier where Mademoiselle Sagnier discusses how “Bruno” is holding her back and she’s wanted Nolte to “do this” for a really long time. Much to our relief, they aren’t planning on fucking, and Bruno isn’t her boyfriend. Instead, Nolte is her father, and he’s finally going to babysit baby Bruno. Nolte has become strangely typecast as the crusty father or father-in-law of the French (see Four Days in September and Clean), solidified now with Cuarón’s nice-looking but dumb “Parc Monceau.” On the flipside of this, Richard LaGravenese’s (A Decade Under the Influence, Living Out Loud) “Pigalle” (those who know Paris will recognize this as the “red light district”) plays with the same elements of false presentation in a surprisingly effective manner as married actors Bob Hoskins and Fanny Ardant add some spice into their romantic life. 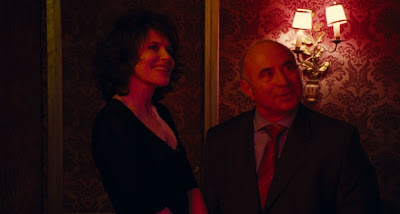 The other problem presented here is that many of the directors figured: short time, big sentimentality. In Gurinder Chadha’s (Bend It Like Beckham) “Quais de Seine,” a teenage boy skips out on his rude friends to help a Muslim girl. Various lessons in forced tolerance follow. Even in Walter Salles and Daniela Thomas’ “Loin de 16ème,” the otherwise-lovely tale of Catalina Sandino Moreno’s excursion to the sixteenth arrondissement results in an unfortunate I-knew-that-was-coming moment that just about ruins the beautiful shots of Moreno running through the subway system. 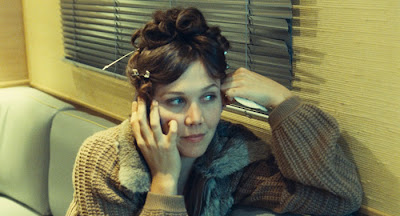 To save you the trouble of having to endure the lousy entries of the eighteen, here are the ten I could handle (and I do mean "could handle," not "enjoyed"):

“Le Marais,” “Quartier des Enfants Rouges,” and “14ème Arrondissement” are the only ones I’d say I "liked" in case you were wondering.
Posted by reassurance at 2:23 PM