O Hell to the No 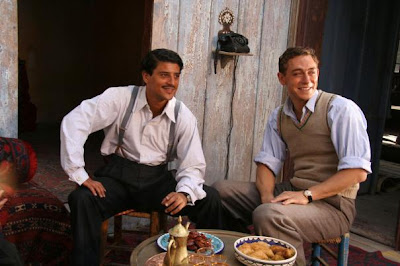 For the sake of film goers everywhere, I wish people of different nationalities, religions, and races would stop being friends. Really, keep your friends within the same belief system, because then filmmakers wouldn’t have to resort to using these friendships as the human interest for their depictions of cultural struggle. O Jerusalem dreadfully continues this trend, placing American Jew Bobby (JJ Feild) and Middle-Eastern Arab (Saïd Taghmaoui of La haine and Hideous Kinky) in the middle of the early stages of the war for Jerusalem. I’m not denying that the continuing struggle between the Arabs and Jews in Israel wouldn’t make for gripping cinema, but it sure doesn’t show here in a film as painfully laughable as O Jerusalem. 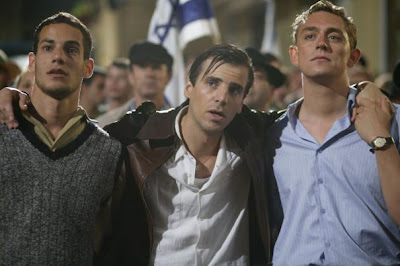 The religious struggle was tackled in a similarly unsuccessful fashion this year in Eytan Fox’s The Bubble, which brought the conflict to present day Tel Aviv where a star-crossed Jew and an Arab fall for one another amid the state of divergence. Both The Bubble and O Jerusalem resort to melodrama to awkwardly bring the conflict to its otherwise pacifist characters, trivializing any vision or standpoint their intentions might have displayed. Both directors could use lessons from Paul Greengrass, whose Bloody Sunday and United 93 poignantly freed themselves of cheap sentimentality and struck a deep chord with their audience. 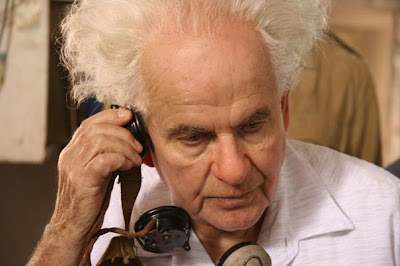 No matter what director Elie Chouraqui intended with this project, O Jerusalem is sadly mistaken in every single regard to filmmaking. The actors, which also include Ian Holm as someone who comes off as a Saturday Night Live (or, more accurately, MadTV… it’s that bad) version of Albert Einstein, never overcome the pitiful dialogue, no matter how gifted they may have been in other films. I almost began to feel sorry for the otherwise talented Taghamaoui, who looked like he couldn’t control his laughter during the scene where he decides to enter combat. Chouraqui never establishes the characters to anything more than their religion and gives them shallow motives for involvement. Although he’s French, Chouraqui further puzzles the audience by filming nearly the entire thing in English, a trend that I thought, after a film like Babel, would be quickly dying out. It’s no wonder that both Judi Dench and Winona Ryder dropped out of O Jerusalem before filming began; it would have made The Shipping News and Mr. Deeds, respectively, look like high marks of their career.
Posted by reassurance at 12:11 PM