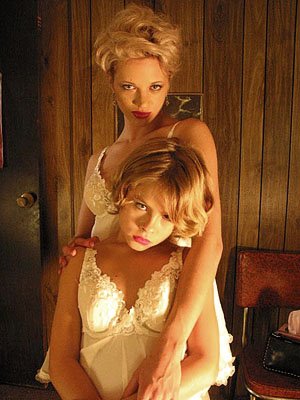 The Heart Is Deceitful Above All Things - dir. Asia Argento - 2004 - USA/France/Japan/UK

Strangely, I could have made Asia Argento's The Heart Is Deceitful Above All Things a nice double-feature with X-Men: The Last Stand. Both films are adaptations of "literature" I read as a youth (I was a bit younger when I read X-Men, mind you), sort of too late for me to still get into them -- yet, they're still strange pieces of my childhood. I never liked JT LeRoy's book of the same name, yet it was very much something I should have. The inside cover of my copy had a quote from John Waters and, of course, had magnified tales of child abuse and neglect. To be honest, I don't remember why I didn't like the book, but, in retrospect, it doesn't really matter. It still left some sort of impact on me; perhaps not the book itself, but the style and subject of it. Though I'd probably claim other books to better represent my state of mind, The Heart Is Deceitful... fit. And, here I am, several years later, watching a completely unnecessary, yet weirdly alluring, film adaptation from Dario Argento's daughter (I was also really into Argento around the time of reading the book). 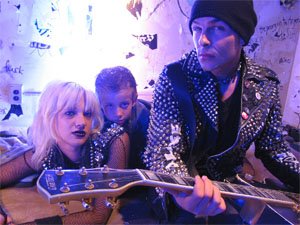 There isn't a whole lot for me to say in the realms of criticism about Ms. Argento's film. Despite the possibility of receiving a plate full of shit from my friend Brad for saying this, Asia, conjuring her inner Courtney Love as Sarah, is actually very effective both in front of and behind the camera. Like in her previous film Scarlet Diva, a wildly indulgent tale of drugs, sex, and fame, she proves that her cinematic eye is at least dangerously compelling, even if her flare for dramatic tension is not. There's one particular scene in The Heart Is Deceitful Above All Things where Jeremiah (Cole and Dylan Sprouse) dresses in his mother's slip and makeup (pictured at the beginning of this blog) and seduces his current "father" (Marilyn Manson). Instead of showing a sure-to-be-creepy sequence of a ten year old boy, dressed like a vampy Shirtley Temple, sexually advance toward his trailer park "daddy," we see Argento playing the boy. Marilyn Manson says lines like, "did your mother put you up to this?" and such as Argento flings her body erotically across the living room and his lap. The scene works magnificently, and that she refuses to have the boy act this scene out adds a level of extreme danger and intrigue, that what is going on is so jarring and so intense, we aren't even allowed to see it. 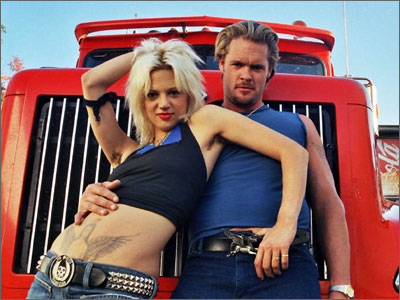 A film like this truly isn't necesssary; in fact, it plays better as a vain attempt at recognition for Argento. By taking a controversial, well-known source material like the book, she has a built in-audience of fans of the book and fans of the preverse. In addition to this, our road-trip is so hip credential-ladden (Manson, Winona Ryder, Michael Pitt, Peter Fonda, even Lydia Lunch) that there's an added curiosity about her project. She claims she had no idea of the JT LeRoy hoax, but you can't say this didn't work to the film's promotional benefit? Overall, the film, like X-Men: The Last Stand, is not a particularly good one. Both films truly lack the dramatic flare needed to make them emotionally viable. Yet as unnecessary nostalgic pieces of my own youth, they definately served their purpose.
Posted by reassurance at 10:05 PM