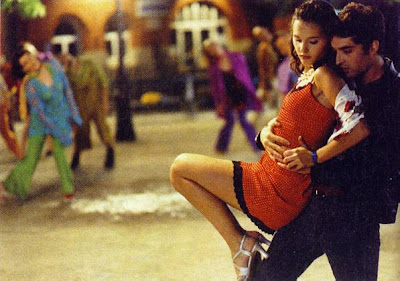 Though cinema found its birth in France, the true glory of early sound film undoubtedly occurred in the United States. With the emergence of the Nouvelle Vague, France became the ultimate imitator of such glory, naturally with a more cautious eye. The cinematic musical was a completely American concoction, the perfect visual escapism. Surrounding nearly frivolous love stories, the screen was an utter spectacle of movement, color (in the later years), and sound. The Hollywood musical was an example of visual, technical form in its highest fashion. The French took notice and started a tradition of their own, as half an homage, half a response to those films. Most famously, Jacques Demy crafted The Umbrellas of Cherbourg (Les parapluies de Cherbourg) in 1964 (not to mention Godard‘s take on the Hollywood musical with A Woman Is a Woman (Une femme est une femme), starting a tradition of their own addressing resonate, harsher issues. Many would consider the musical a dead genre, sort of like the western, but some of the finest musicals in cinema history have came out in second half of the past century. Directors Ducastel and Martineau kept the wonderful tradition alive with Jeanne and the Perfect Guy, a deceptively buoyant tale of a young Parisian girl looking for love. It’s probably also worth noting that the directors concluded their lovely Cote d’Azur with a rousing musical cast call. Cynical viewers might scoff at the idea of a musical about a girl who falls for an HIV-positive man, but in its cautionary form, Jeanne and the Perfect Guy becomes one of the finest examples of the postmodern musical. 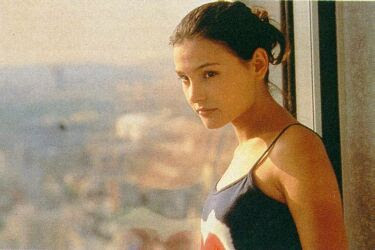 Jeanne (Virginie Ledoyen) fits the perfect image of a musical heroine. She’s bubbly, humble, yet beautiful. She’s looking for love (of course) in the form of numerous young men, including a coworker and a motorcycle courier. Her character flaw that makes her relatable and the film hurried is that she’s constantly late for her appointments, providing us with stunning tracking shots of rushed razzle dazzle between destinations. She’s constantly drawn to the boys she meets in a never-ending search for “the perfect guy.” At the beginning of the film, she’s test-driving her two lovers while still on the look-out for that one. On the subway, she falls into the lap of Olivier (Mathieu Demy, son of Jacques and Agnès Varda), a young man who happens to fit the bill. Things progress lovingly until he reveals his HIV-positive status to her. The knowledge doesn’t pose as hindering on Jeanne’s feelings, but unconsciously adds a sense of immediacy and importance upon her feelings. Naturally, Olivier has a different perspective, as he doesn’t want Jeanne to suffer alongside him. 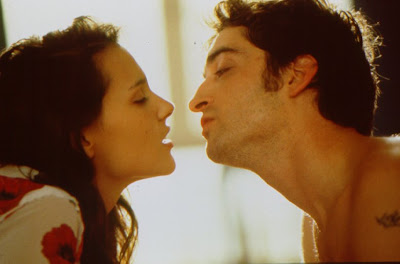 Perhaps easy to miss at first, but each of the musical sequences directly mirror most of the social problems in France (and most developed countries). The first number finds Jeanne, a receptionist, dancing with the African janitors as they sing about the false sense of salvation they’ve found as immigrants in France. Other numbers include Jeanne’s friend François (Jacques Bonnaffé) singing about his lover who died of AIDS, Jeanne’s sister (Valérie Bonneton) and her boyfriend naïvely dancing about bank loans, and Jeanne’s brother serenading her on the appeal of the military as an alternative to unemployment. All of this sounds a bit heavy-handed and possibly ridiculous, and it may have been if the film weren’t handled so beautifully. The musical sequences are nearly flawless, and it’s this perfect faithfulness to its genre that makes Jeanne and the Perfect Guy so exceedingly relevant. Jeanne and the Perfect Guy is a harsh portrait of contemporary France under the alluring and deceptive guise of splendor. 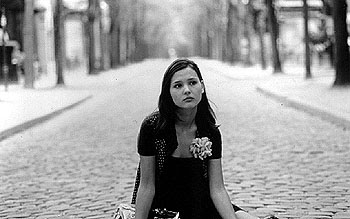 One truly understands the film in its final moments where the grand omission of the musical finale digs a giant, haunting void in the film. It’s in these final moments that the severity of Jeanne and the Perfect Guy becomes apparent. There is no happy ending, and really how could there be? In the shadow of the Hollywood musical, things appear to be much more clear. Most contemporary musicals (specifically Dancer in the Dark, 8 Women, The Happiness of the Katakuris, and even South Park: Bigger, Longer, and Uncut) exist in a separate category than Oklahoma, Singin’ in the Rain, or Carousel. They have simply adopted the shell of the musical and replaced its hollow core with both a critical eye and relevance. Social relevance isn’t always a good thing (you can probably think of many examples), but quality comes in the method. As a musical, Jeanne and the Perfect Guy is one of the best examples of false escapism, void of unnecessary irony and adorned in the grandeur that we expect and cherish.
Posted by reassurance at 9:38 PM

Thanks for this nice list of movies! I will put the once I did not see on my Netflix!