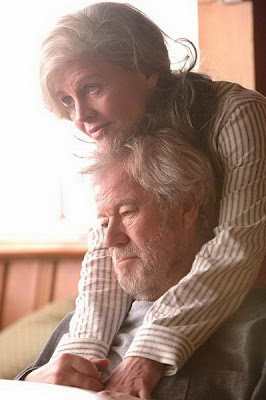 When embarking on making a film that focuses on people over the age of 50 (not counting Bruce Willis, Harrison Ford, or Susan Sarandon films), an age group often pushed into supporting roles, the word “mature” would almost be essential in critique. Actress Sarah Polley, here directing her first feature film, is in her 20s (as most people reviewing the film will point out) and could have been wholly unfit to create a film about a married couple, together for nearly forty-five years, dealing with the heartbreak of Alzheimer’s. That she chose Away from Her, based on a short story by Alice Munro entitled “The Bear Came over the Mountain,” to be her first film would seemingly require a closer look to determine whether or not “mature” could both describe the film and its subjects. 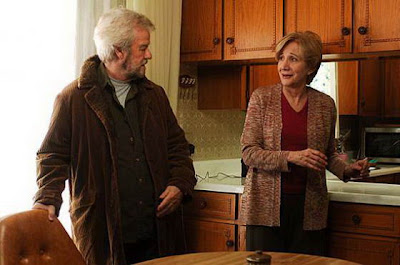 Thankfully, for us, Polley’s direction is so assured that a closer look would be unnecessary. She handles the movie-of-the-week premise of painful disease and makes Away from Her far more complex. Away from Her is, instead, a film about memory, not losing it but dwelling upon it. As Fiona, Julie Christie is fantastic, a smart woman, living with her husband Grant (Gordon Pinset). As her memory begins to leave her, she makes the decision to go to a home, causing distress and anxiety in her husband, whom she’s never spent more than a month apart in their forty-four years of marriage. When the film chooses to follow the struggle of Grant instead of the pain of Fiona, one might assume a cop-out; however, it’s in this decision that makes Away from Her a poetic piece of cinema and not a Miramax-produced biopic like the awful Iris with Kate Winslet and Judi Dench. 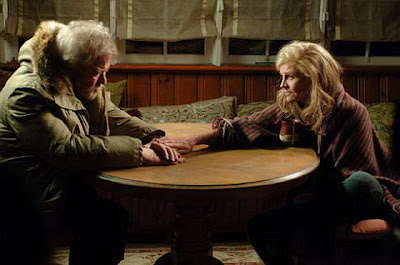 What Polley truly has working for her is that she seems hardly the sentimentalist. The emotions in the film are both authentic and grounded, and the course of events never feels dramatically-fueled, but instead richly realized and naturalistic. The film is cut between Fiona’s attachment to a fellow patient and the memories washing away of her husband and Grant’s pleasing with the patient’s wife (Olympia Dukakis) to allow Fiona and Dukakis’ husband to be together. The answers are never easy, and Polley has the advantage of working with seasoned actors who can pull it off. Though the final Vertigo moment where Fiona recognizes Grant after many failed attempts and the dreadful coffee-shop wench song that closes the film ring loudly as mistakes in an otherwise flawless film, Away from Her may stand as Polley’s finest achievement so far in her career, which is saying a lot coming from someone who’s admired her since she was a pre-teen in Exotica by Atom Egoyan (who also serves as producer here).
Posted by reassurance at 2:50 AM