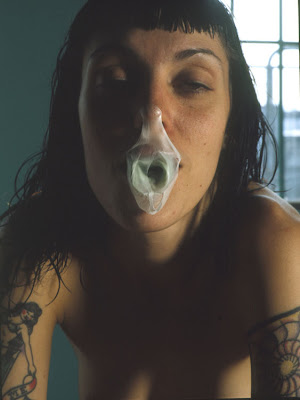 Not much excitement stirring on the new-to-DVD front, but there's two titles I've found that may be of some minor interest. Firstly, Music Video Distributors will have a "Video Hysterie" of that slutty Lydia Lunch on 10 June. On a similar topic, I found out a few of the shorts on the Richard Kern: Extra Action (and Extra Hardcore) DVD from MVD, though I have yet to purchase it. The shorts include The King of Sex (a Killdozer music video featuring Nick Zedd... it's fantastic, by the way), Pierce (which features Kern regular Audrey Rose getting her nipples done), Scooter & Jinx in Money Love (a saucy Sonic Youth music video), Nazi (which I know nothing about) and Goodbye 42nd Street. 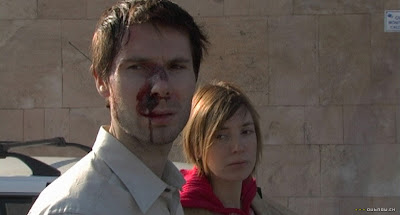 Also, Water Bearer Films will be releasing Lionel Baier's Stealth [Comme des voleurs] from Switzerland on 24 June. You may know Baier from his last film the is-it-trash-or-art Garçon stupide (to which I learn more toward the 'trash' side). The film stars Baier as a Swiss gay man with an obsession with Polish culture. That's all I got.
Posted by reassurance at 4:52 AM