Sex: What Is It Good For? 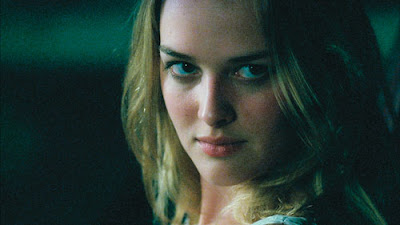 I use the term “throwing everything and the kitchen sink in” often, and I’d like to broaden its usage for Teeth. Teeth avoids the “everything” and settles for merely the kitchen sink, plus a few other knick-knacks from around the house. I mean, I don’t know what you expect out of a pseudo comedy/horror/coming-of-age story of a teenage girl who discovered she has teeth in her vagina; in fact, I’m not really sure what I expected, nor am I that certain as to what writer/director Lichtenstein gave me. Teeth is probably the most wildly schizophrenic film I’ve seen in a while, shifting gears at every ten minute mark for no good reason. And it’s not just a tonal shift that Lichtenstein makes, but the characters’ actions seemed governed by a lurid, trippy higher power, leaving me with a sense of supreme bemusement.

Teeth functions, at least initially, as a cultural satire of a Christian America, though religion is never directly mentioned. Dawn (Jess Weixler) is part of some wait-until-marriage sect and frequently lectures about the benefits of purity and abstinence, even though her sexuality has begun to boil after meeting transfer student Tobey (Hale Appleman). We’re also unsure as to whether Dawn’s stance against premarital sex has any other backing besides the fact that she’s got a ferocious pussy. However, then Lichtenstein shifts Teeth from satire (which is fine because its criticisms were starting to look obvious) to horror to mystery to comedy to who-the-fuck-knows. Is Teeth just a exploitation revenge film in the vain of I Spit on Your Grave, as somehow Dawn begins to spark the rapist in nearly every man around her? Or is it just a limp provocation from a guy who doesn’t know how to make a movie? 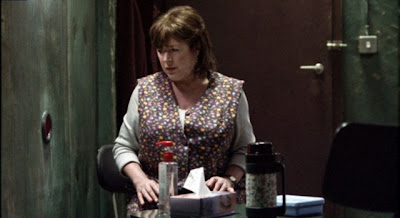 On the flipside of Teeth, there’s Irina Palm, a film that dances along the lines of naughtiness without ever going too far. On one hand, Irina Palm is another exercise by the English in placing ordinary folks into a desexualized sexual world for a good cause (see The Full Monty and Calendar Girls for examples). Maggie (Marianne Faithfull) is a fifty-year-old widow whose grandson has come down with a serious illness that requires more money than her son (Kevin Bishop) and daughter-in-law (Siobhan Hewett) can afford; Maggie comes to the rescue by taking a job at a sex club where she dons the name Irina Palm and becomes, as her boss (Miki Manojlovic) and the tagline state, “the best right hand in London,” “wanking” men through a hole in the wall. 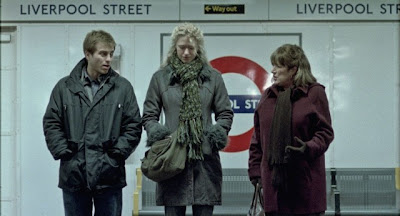 However, director Garbarski (Le tango des Rashevski) isn’t fully satisfied with the film’s quirkiness, thankfully. Although Irina Palm has a few smirky moments, particularly when Maggie begins to suffer from something the doctor calls “penis elbow,” the film is rather stark and surprisingly low on the heavy-handedness. You might even forgive the film for resorting Maggie to revealing to her shallow friends, headed by Jenny Agutter, that she “masturbates cocks for a living.” In some ways, Irina Palm is just like The Full Monty and Calendar Girls before it, allowing Maggie to finally explore herself through her new eye-opening career, but it’s a lot more subtle that you might think. Irina Palm also rests on the shoulders of Faithfull, who handles the delicacy of the subject surprisingly well, not to mention the sultriness of her voice, which I’ve been listening to for years, is always welcome in my book. Irina Palm resists a certain cheekiness, but it works best in resisting that certain cheapness in melodrama. The film’s resolutions are unexpectedly astute and under-played, and Faithfull never ceases to keep Irina Palm compelling.