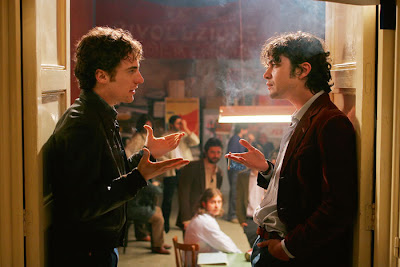 The spirit of revolution has been a recent source of cinematic reflection among European directors in the past few years. Bernardo Bertolucci addressed the student riots of Paris in 1968 with The Dreamers, as did Philippe Garrel with Regular Lovers. Cannes is celebrating the fortieth anniversary of the events as I type this. Though My Brother Is an Only Child is set in Italy and only briefly mentions the events in France, it still falls into the same category of films: an idealistic portrait of the spirit of a political youth movement that spread across Western Europe during the 1960s. As important of a time period as it was, its sudden reappearance in European cinema is beginning to feel a little passé, and of no real fault to director Luchetti, I couldn’t allow the familiarity to disperse. 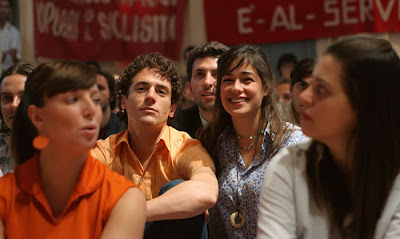 My Brother Is an Only Child depicts the struggle between two brothers who fall on different sides of the political fence. Accio (Elio Germano) is a rambunctious shit-disturber who quits his goal to become a priest in favor of becoming a communist. Manrico (Riccardo Scamarcio) is Accio’s dreamy older brother, who becomes a union leader at the factory. And, of course, there’s a girl in the mix to bring further strife to the brothers, a half-French beauty named Francesca (Diane Fleri) who turns to her political opposite, Accio, for comfort as a result of Manrico’s constant snubbing. Ties are broken and mended throughout the film, as Accio’s devotion begins to swagger and Manrico’s involvement grows deeper. 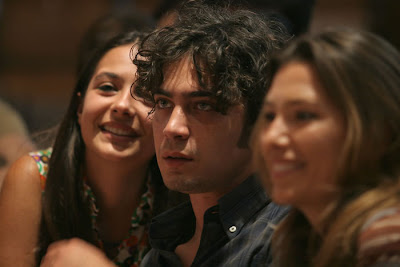 As I said earlier, there’s nothing particularly wrong with My Brother Is an Only Child. It’s rather well-acted by the two leads, and Luchetti doesn’t infuse the film with an unwanted sentimentality or with easy solution. However, I couldn’t help but find the film unremarkable in both scope and dramatic resolution. Co-written by Sandro Petraglia and Stefano Rulli, who wrote the screenplay for the four-and-a-half-hour long The Best of Youth, My Brother Is an Only Child feels rushed, unable to achieve the scale and detail of The Best of Youth, leaving its audience with neither a striking immediacy nor a lingering strength.

Posted by reassurance at 3:09 PM