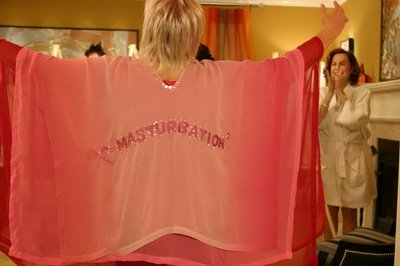 Sometimes, you want to slap the face of a second-wave feminist for allowing the world the displeasure of seeing a film like The OH in Ohio. Parker Posey plays Priscilla, an iron-cunted ad exec who has yet to have the big O. Paul Rudd is her doofus husband who's been stripped of his masculinity because of his inability to make his wife come. And Liza Minnelli is a sex therapist who teaches women to worship their vaginas. We've seen the I-can't-have-an-orgasm song and dance plenty of times before (most remarkably with Sook-yin Lee in Shortbus), but this struggle becomes the focal point of The OH in Ohio, one of the stupidest comedies I've seen since I caught the end of Eurotrip on HBO. The worst thing about The OH in Ohio isn't that it's a film built around a woman's farcical attempt to get an orgasm, but that the film thinks it has a heart and soul beneath all of this. Posey learns the same lesson Jennifer Aniston does in the mediocre Friends with Money, not to mention about a hundred other movies, and once she does all hope for redemption (on the audience's behalf) is lost. On second thought, I think I'd rather slap the director for putting the usually spunky, wonderful Posey in one of her limpest, shittiest roles to date (mind you she was also in a number of Hal Hartley films, Josie and the Pussycats, The Sweetest Thing, and You've Got Mail, so this is a crime indeed).
Posted by reassurance at 7:43 PM