As December is my busy month of film viewing, I figured I'd just post a few sentences and such on the films I viewed within the past two days. I may flesh some of these out at a later date, but I have a stack of DVDs sitting next to me that won't quit yelling at me. 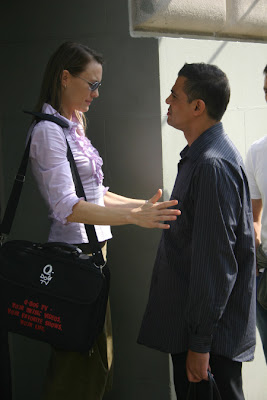 Allow me to introduce you to the 9/11 exploitation film. Unfortunately, it’s not as exciting as it sounds; it has yet to include a deeply offensive gore-fest about a man who goes on a killing/raping spree as the planes hit the towers. Instead, we’re stuck with unnecessary films like Oliver Stone’s World Trade Center and, here, Sorry, Haters. Don’t get this confused with World Trade Center though, as the only good thing about Sorry, Haters is that it never once tries to milk your sympathy or emotions; it’s an admirably mean-spirited and clunky film that isn’t sure if it’s meant to be an important statement on racism post-9/11 or a ludicrous comedy about the psychological effects on a woman in the corporate world. Robin Wright Penn stars as an emotionally unstable woman who deceives and manipulated a poor Muslim cab driver (Abdel Kechiche) whose brother has been deported to Syria. The film begins promisingly exploring the deep-seeded guilt of a woman whose television programming has just amplified the self-hatred in the youth of America (this is where the silly title comes from), yet Stanzler is more concerned with surprises and obnoxious deceit instead of any honest character study. Stanzler justifies Wright Penn's actions with a stupid connection the 9/11 attacks, and you can't help but think he's trying to say something powerful there. I wish I could give away the ending, but that would just ruin the only joyous moment in Sorry, Haters, but trust me, it’s a doozy, even if I have no idea what Stanlzer wanted to say with it. I also wish I could recommend Sorry, Haters in the same way I did with Shadowboxer, but unfortunately you have to sit through the rest of the annoying film to truly appreciate the hilarious explosion of an ending. 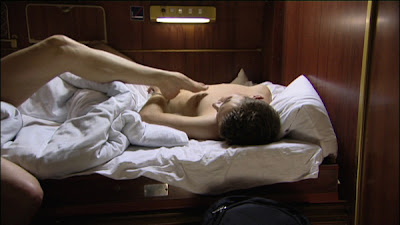 I hate to criticize a film on its financial limitations, but that hardly excuses the awfulness that is Shem. Not only is the film ugly to look at, which is surprising considering its handsome pan-European settings, but the entire production feels amateurish. The writing is bland, the dialogue horrible, the premise absurd, and the acting painful. Ash Newman plays Daniel, a sort of devious Casanova, minus the charm, who has been sent on a mission by his Jewish grandmother to find the grave of her estranged father. This adventure, of course, serves as a lesson-learning, self-examination for the supercilious Daniel, who begins to question his heritage all while bedding numerous English-speaking women and men throughout Europe. As if Roboh doesn’t trust her audience or, most likely, herself, she feels the need to scream the word “Jew” all over the screenplay, nearly getting the point of having a line like, “Hi, I’m Daniel, arrogant Brit who denies his Jewish heritage and fucks both men and women.” There is a rather humorous scene where a woman who looks like Patsy from Absolutely Fabulous as played by Chiara Mastroianni cruises Daniel in a Jewish museum. The woman reeks of parody, a hush-voiced Eurotrash vixen with a hideous pastel skirt seeking out her prey like a wild boar. Like Sorry, Haters, moments like this are agonizingly few and only exist because they come from a wildly untrained and inept “writer/director.” 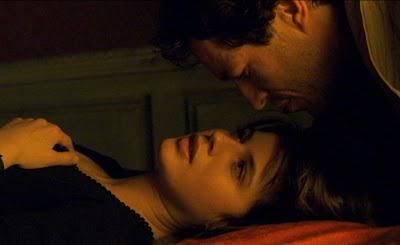 The first of a string of masterworks by the late Kieslowski (if you forget about White), The Double Life of Véronique is his first trek outside of Poland, where he seemed stuck making mostly uninteresting films with no cross over-potential (The Decalogue being the exception). Likely due to the influence of the French financers or Kieslowski's own artistic experimentation, The Double Life of Véronique is blissfully cinematic, with a haunting, gorgeous score by Zbigniew Preisner and innovative, impressive cinematography from Slawomir Idziak. Starring Irène Jacob as both Polish opera singer Weronika and French music teacher Véronique, the film explores the inner workings of the universe between these two women, emotionally bound together though never actually meeting. The structure is fascinating as it never really follows a formula you’d expect from a film like this, but most importantly, it’s a beautifully executed examination on metaphysics and fate, so infinitely more resonant and effective that tripe like Amèlie. Expect my own further examination on this film at a later date. 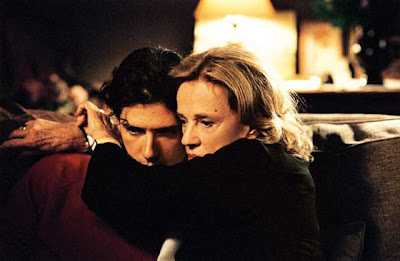 Would it surprise you that a respected French filmmaker, like Ozon, would reinterpret a genre like women’s melodramas of the 1950s into a quiet, gentle character study filled with static close-ups? Probably not, though it’s likely if you’re basing your opinion of Ozon on his successful, over-the-top 8 Women (8 femmes), but to a French film nerd like myself, I expected no less. Sort of a sequel to his ravishing Under the Sand (Sous le sable), Le temps qui reste (literally, The Time that Remains) follows thirty-one-year-old fashion photographer Romain (Melvil Poupaud) in the final stage of his life after finding out he has terminal cancer. While I enjoyed Isabel Coixet’s My Life Without Me which followed Sarah Polley through a similar grief process, Ozon’s film is softer and more restrained. Romain coasts through the film in a series of conflicting epiphanies with his family, his boyfriend, career, and, naturally, himself. The legendary Jeanne Moreau is effective as his aging grandmother, the only person he feels comfortable telling about his imminent fatality. Maybe it was the Benadryl that I took in the middle of the film, but after a rather standard, expected first half, Le temps qui reste eventually blossoms into something truly remarkable. With a schizophrenic filmography, Ozon has made a welcome return to the style that he did best with Under the Sand, stepping far away from the vivacious, but insincere 8 femmes and Swimming Pool or the gimmicky, unsuccessful 5x2. Expect further writings at a later date. 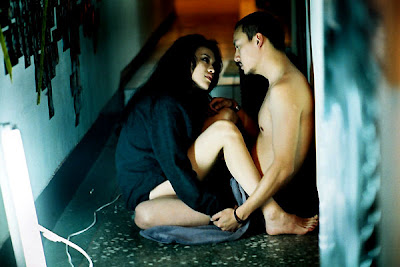 As for which DVDs are yelling at me: I've got Pandora's Box, The Proposition, The Spirit of the Beehive, Three Times, and The Third Generation staring at me now, but you can also expect me to get around to The Conformist, 1900, The Beales of Grey Gardens, Miami Vice, Idlewild, and others in the near future. Wish me luck. Oh, and I hope you wished Woody Allen a happy birthday yesterday.
Posted by reassurance at 12:49 AM