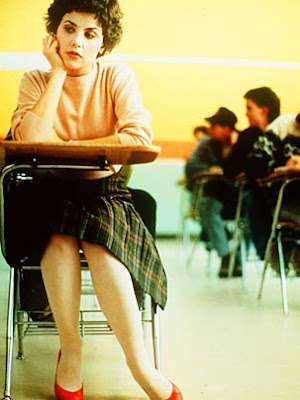 According to tvshowsondvd.com, it looks just about official that Twin Peaks season 2 will finally be released on DVD in April. Though we all know season 2 is inferior to season 1, it still has some amazing episodes, notably the season premiere and the episode where "Bob" strikes again. Unfortunately, the Artisan set of season 1 is out of print, so let's hope Paramount's got a full box on the horizon. For now, just be happy that it might actually happen.
Posted by reassurance at 5:10 AM

Paramount will definitely be re-releasing Season 1 along with Season 2.

Do they have the rights to the pilot? I've got a pretty crappy import copy and I'd love a nice standalone disc featuring both the regular and European versions.

Yes, the pilot will be included. Artisan couldn't release the Pilot with their set because Paramount held the rights. Now Paramount holds the rights to everything.

Keep your pants on Joe, on second thought don't.