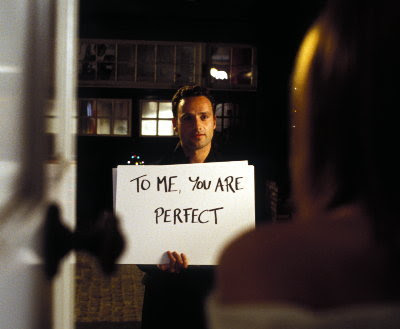 As it's the Christmas season, and as I work at a shitty video store, the drive for customers to rent the likes of Christmas in Connecticut, Elf, Miracle on 34th Street, and It's a Wonderful Life is high. Sure, the lesser of individuals find themselves renting Jingle All the Way, Christmas with the Kranks, and Home Alone 3, but this year, I've been surprised to find that another Christmas "classic" has emerged: Love Actually. Released three Christmas seasons ago, I had completely forgotten that the film even took place during the holiday season, but thanks to a nauseatingly high demand, I've been unfortunately reminded. A co-worker of mine asked if we had it available for rent because his girlfriend was a big fan. To this, I scoffed, but he then told me that he read an article in a popular magazine that described the violent frenzy that divided the entire editorial staff of the 'zine when the film came out. I forgot what magazine it was, but my co-worker made it sound a lot like the Civil War, and to this I was intrigued. Upon watching the film a couple years back, I couldn't wrap my mind around the fact that people actually liked this film. Sure, it has all the makings of a crappy crowd-pleaser, but were people really this stupid? The answer has become a resounding "yes." 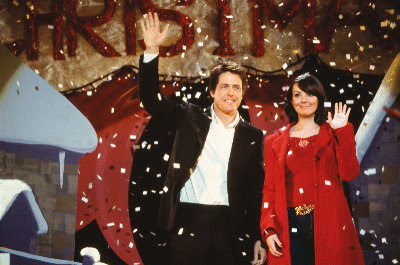 Love Actually isn't so much a film as it is eight different ones wrapped into one messy holiday packaging (what the fuck does that title mean, anyway?). The film runs well over two hours, but this isn't an indication of the effectiveness of these eight movies. Instead, Love Actually is the romantic dramedy equivalent of the Boogymen: Killer Compilation and Ultimate Fights DVDs, trash discs that edit together the goriest or most violent clips from famous films into out-of-context pornography. Love Actually is romantic comedy pornography. It solely exists for emotional titillation. In place of Freddy Krueger, Jet Li, Jason, and Jackie Chan are Hugh Grant, Emma Thompson, Colin Firth, and Laura Linney, the high courtship of shitty, digestible romantic drivel (Meg Ryan was the only thing missing, but she had already tarnished her romantic image with Jane Campion's disaster, In the Cut). It's an American production, all dolled up like the "best" of the British cross-over successes like Four Weddings and a Funeral and Notting Hill to better fool its audience. The eight plot lines that somewhat (but not really) intersect throughout Love Actually rid the audience of contextual back-story, character development, and dramatic progression. It assumes (correctly, obviously) that its audience knows these characters already as recognized by their actors and has no need to flesh any of them out past their easily relatable situations. The characters are all faint pencil-drawings of human beings: the romantically-lonely Prime Minister of England, a widower whose ugly, obnoxious young son has a schoolboy crush, a man who falls in love with a maid who doesn't understand English, and a woman who has a huge crush on her coworker. 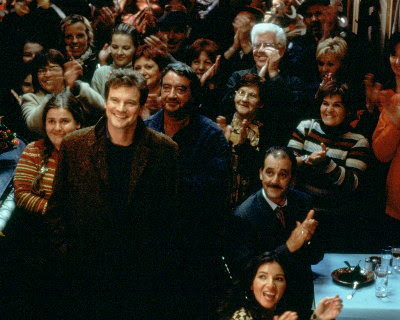 Love Actually, predictably, finds all of its romantic characters in (where else?) an airport on Christmas Eve, where all of their totally uninteresting storylines come to a nauseatingly happy ending. Everything becomes wrapped in its gaudy Christmas bow, filling the hearts of all the morons who've put up with the film to this point. Even a brief cameo from delicious trash queens like Denise Richards and Shannon Elizabeth can't evoke a smile from this cynic. When reflecting back on my initial thoughts that no intelligent person could buy something like this, I really shouldn't have been so firm with that statement. Love Actually is everything a moron would want. It doesn't feel the need to set up its situations as much as it does to include heart-melting moments like the one pictured at the top, where a man holds up a sign to his best friend's neglected girlfriend, stating "To Me You're Perfect." For those lovelorn for the holidays, it even has crying scenes with Emma Thompson, just in case you thought the film was too light and breezy, but don't worry, everything works out for her in the end. It's even got a dash of nudity here and there to please the husbands of the women who're making them watch it -- it is a faux British production after all, and they're more sexually open than us Americans. The ages of our love chess pieces range from around ten to over fifty, making it certainly the ultimate of romance films. Leave no idiot unmoved! There's only maybe ten films that exist in this world that make me violently enraged, and Love Actually has the rare opportunity to not only become a shitty holiday classic, but sit near the top of that list of mine.
Posted by reassurance at 8:25 AM

Clearly you are a late night check out clerk that missed out on Engineering school, devoid of a soul.
Enjoy Jackie Chan...

I'm not sure what enjoying Jackie Chan has to do with this -- but I will take that advice gladly.