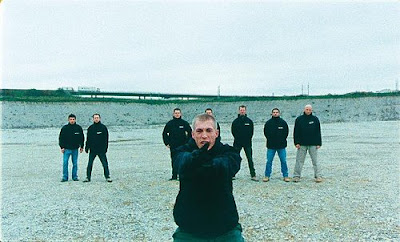 In an effort to keep better track of all the films I'm watching this year, in addition to making some changes throughout the blog, I'll be doing as I did with 2008 releases and listing the last 10 films I've caught. I haven't quite figured out how I'm going to categorize the ones I'm seeing for the first time, as placing them in just three tiers was about as beneficial as a "thumbs up" recommendation. I figure the categories will come to me the more I see the films. As well as this, I'm planning on releasing Top 10 (or 20) lists for each of the years of the past decade, with films ranked according to their official release date. Thus, I won't be ranking the films I'm revisiting, but many will (or won't) appear come the end of March when I tackle 2000, eventually heading toward 2009. So here are the first 10, most of which were old favorites as the drive to catch new films has waned since the new year.

Good, If Not Totally Remarkable

Almost Really Good, Ultimately Not So Much