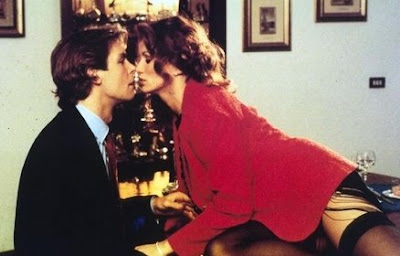 I'm still waiting for that big 2009 DVD announcement to cream my shorts, but until then, here are some recently announced titles (I'm still working out how to properly format these updates). Severin has re-announced Patrice Leconte's The Hairdresser's Husband (Le mari de la coiffeuse) and The Perfume of Yvonne (Le parfum d'Yvonne) for 28 April. In other Ryko news, three skin flicks will be available on the same date: Sergio Martino's Craving Desire (Graffiante desiderio) from MYA, Tinto Brass' Deadly Sweet (Col cuore in gola) with Jean-Louis Trintignant from Cult Epics and some film called Naked Rashomon from Mondo Macabre (I couldn't find any information on this one, but it sounded worth mentioning). Also, The Disinformation Company is releasing Aleksei Balabanov's Cargo 200, which was Aaron Hillis' first "Film of the Week" as the new editor of GreenCine Daily, on the same date.

From First Run Features, Vadim Glowna's House of the Sleeping Beauties (Das Haus der schlafenden Schönen), which co-stars the director alongside Maximilian Schell and Birol Ünel, and Parvez Sharma's documentary A Jihad for Love, about gay Muslims, street on 21 April. From Cinequest, Robert Peters' German-English musical Half Empty, with Marek Harloff, and Mária Procházková's Shark in the Head (Zralok v hlave), from the Czech Republic, will be out 25 March. And speaking of musicals, Troma's Crazy Animal, which co-stars Ron Jeremy and Lloyd Kaufman (of course), hits stores 31 March. 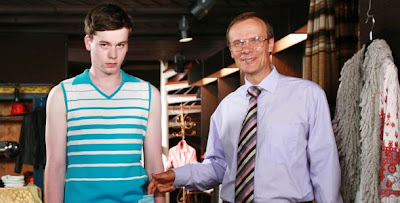 Anchor Bay will release the French sci-fi yarn Chrysalis, which stars Albert Dupontel, on 17 March. Zeitgeist is releasing the documentary Stranded: I've Come from a Plane That Crashed on the Mountains on 28 April. Ariztical Entertainment will have the German farce Fashion Victims (Reine Geschmacksache), which features a brief appearance from the wonderful Irm Hermann, out on 24 March. 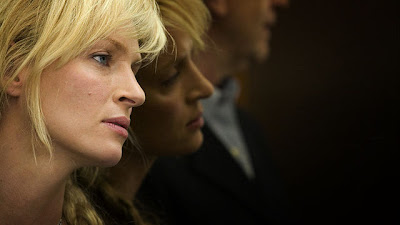 No one seems to have been very kind to Anthony Page's BBC drama My Zinc Bed, which stars Paddy Considine, Uma Thurman and Jonathan Pryce, but HBO is releasing it still on 17 March. And finally, Wolfe has Ben from Lost and Arlene from True Blood (real life married couple) as the single mother and homo neighbor of a little boy who wants to be a cheerleader in Ready? OK!, which is out 24 March. All for now.
Posted by reassurance at 4:02 PM