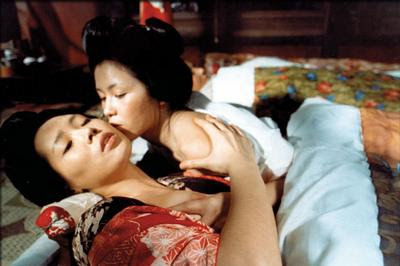 Although I was a little disappointed to see that Last Year at Marienbad wasn't on the list, Criterion named their April releases; and although they weren't the Nagisa Oshima films I would have liked to have seen put out, I do look forward to rewatching both In the Realm of the Senses and Empire of Passion (formerly known in the US as In the Realm of Passion). Unfortunately, as Criterion doesn't put quotes on their DVD titles, In the Realm of the Sesnes will be without Madonna's glowing review: "It turns me on because it's real." In addition to those two, Stephen Frears' The Hit, starring John Hurt, Terence Stamp, Tim Roth, Bill Hunter and Fernando Rey, and 23 short films from director Jean Painlevé. 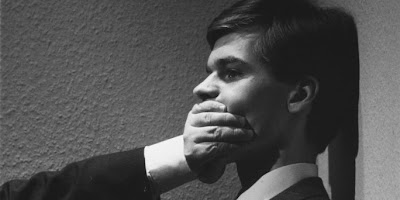 New Yorker announced Danièle Huillet and Jean-Marie Straub's Class Relations [Klassenverhältnisse] for 17 March. MGM will be releasing three musicals on 7 April: Goldwyn Follies (which is also available in their big musical box-set), It's a Pleasure with Sonja Henie and Howard Hawks' A Song Is Born. 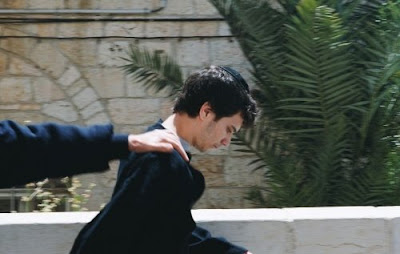 Watchmaker Films, though Koch Vision, are releasing Profit motive and the whispering wind and Mississippi Chicken on 7 April. And finally, Kino will have Raphaël Nadjari's Tehilim on 31 March.
Posted by reassurance at 9:58 PM

Speaking of Criterion NOT putting things on their covers: I may not be the only one to bring this question to light, but... will the Criterion release of Stephen Frears' The Hit really have the actors' names on the cover? That'll be a first. Seems a little awkward & sale-oriented (rather than content-oriented). Not that there's anything wrong with that if it was a director-approved decision. Still, the idea of it seems pandering enough to make my nose cringe-up.

Yuuuuck! I didn't even take a closer look at the cover of The Hit. There's a chance the cover might change before it's released, but you're right on.