I don't even know what to really say about Lars von Trier's films any more. With each new one, they tend to feel less and less like films and more like events. Hyped to death around the world and across the Internet, the sensations I get leading up to seeing these films feel more like those that I get before long-planned trips or eagerly awaited parties. My subsequent reactions don't feel like responses to the films themselves but to the particular experiences. Those reactions also never feel weighted by my own criticism or opinion. If you asked me whether I liked Nymphomaniac or not, I don't really have an answer.

I find my own experience with Nymphomaniac to be hindered by a number of factors: I watched both volumes alone On Demand from start-to-finish after the theatrical screening was pushed back two weeks; I settled on watching the "theatrical cuts" (which von Trier had nothing to do with) since I couldn't find any information regarding the releases of his versions (which clock in around an hour-and-a-half longer than the studio edits); I eventually watched the director's cuts, at home, both volumes back-to-back and simply found myself comparing the strengths and weaknesses of both versions. I still cannot even say that I like or dislike Nymphomaniac. What I will say critically, however, is that Nymphomaniac (Vol. I, to be specific) contains both the single greatest performance and the single greatest scene in any film this past year. 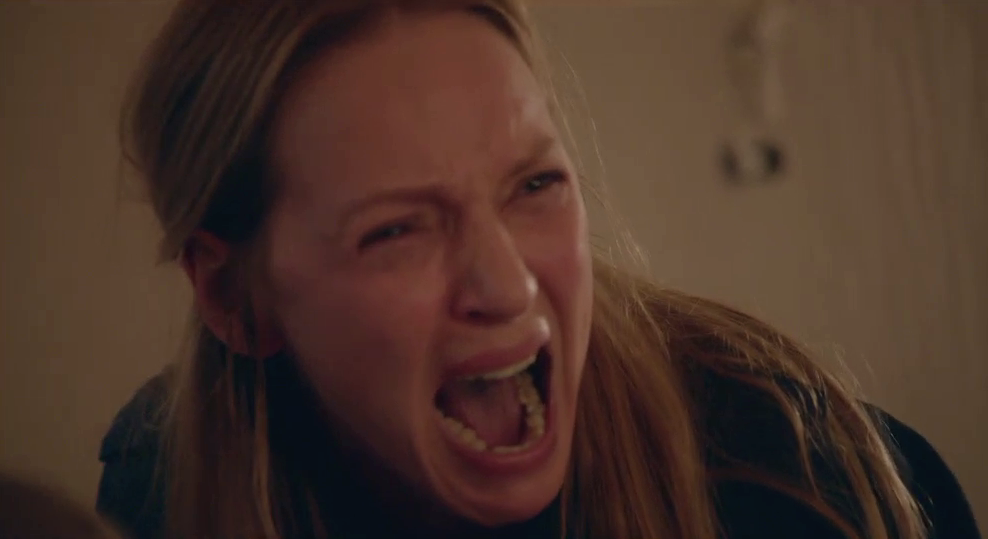 As Mrs. H, a mother of three whose husband has left her to be with our protagonist Joe (here played by Stacy Martin, whose lack of presence runs the risk of fading her into the wallpaper of every scene; later played by a much more captivating Charlotte Gainsbourg), Uma Thurman enters Joe's apartment (and the film itself) like a hurricane, clutching her three mute boys as she shuffles through Joe's apartment. She refers to her sons always as a collective entity ("the children") and even refuses to use her husband's name ("the children's father" suffices) and asks Joe, "would it be alright if we showed the children the whoring bed?" She escorts the sad angel-faced children into the bedroom as if they were walking into a museum exhibit, showing the children "the whoring bed," or their Daddy's new favorite place. My descriptions of the scene and Uma's performance can't do either the justice they deserve, but "shattering" is a word that comes to mind. Nothing that follows comes anywhere near the fever pitch of this chapter. Neither Thurman nor von Trier have ever shined brighter than they did in those 10-to-15 minutes, and even if I can't really tell you that I liked (or even disliked) Nymphomaniac, I can assure you that Uma made the experience totally worthwhile.