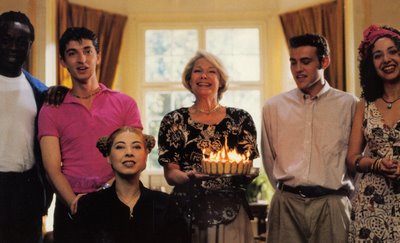 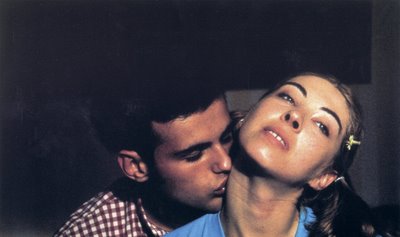 No doubt when Ozon was first dubbed the garçon terrible of French cinema, Pasolini, another rebellious cinematic homosexual, came to many people's minds -- though a French John Waters seems more fitting for Sitcom. In Teorema, the destruction of the upper-middle class family came in the form of a beautiful "visitor" (Stamp), but here, our God figure is literally a rat. There's a perverse, disquieting nature to Sitcom, but somehow it's missing the ability to haunt and provoke that Teorema had. Sitcom is played for dirty laughs, and this is where Teorema works better. One of the most crippling elements of Teorema is that it's hard to really allow yourself to laugh at what's going on. Pasolini doesn't play it tongue-in-cheek, but then again, he never really does. I suppose there's a seriousness about Pasolini in either his dark subject matters or his murder that doesn't allow for most people to see his films as comedies, even his more outrageous ones like Salò or Porcile. Teorema is subtly hysterical, and you can't help but feel that Ozon updated it with Sitcom, a Pasolini film as written by John Waters and directed by Claude Chabrol. Enough name-dropping for one evening.
Posted by reassurance at 10:23 PM