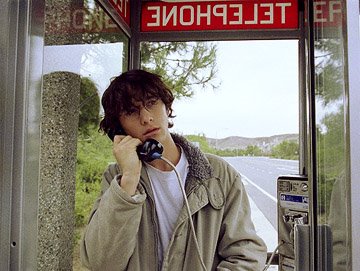 A film that succeeds and fails for the same reasons is always a difficult one to speak of. Brick screams of first-film ambition, the voice of a director who hasn't yet hit a stride. Perhaps it's my expectations that made the film so hard to get into. It's a first-time film, with a hip young cast, with the guise of a film noir. We've seen established genres and writings adapted for the teen set (Clueless, based on Jane Austen's Emma, being the only films I can think of that worked under these pretensions), so weariness is not uncommon or unexpected. However, it's Brick's faithfulness to the genre that makes it work, even though it's the updating that makes it fall. 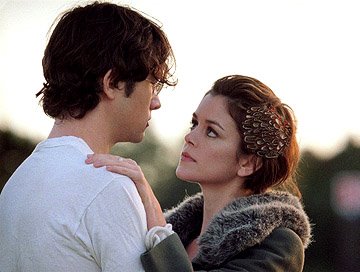 Brendan (Joseph Gordon-Levitt of Mysterious Skin) fits the role of our loner detective. He eats his lunch alone, holds himself as if he's seen the shit that life throws at you and walks like a persistent zombie throughout the film. He only represents himself, with a selfish idea of justice as he searches for answers in the death of his ex-girlfriend Em, who left him for the wrong side of the tracks. A lot of this is hard to swallow: a seventeen- or eighteen-year-old boy cold to the world, with inside connections to this seedy world he's trying to break into, but one has to accept the rules of Brick to really continue with it. We're in a Californian suburb, where high school kids are involved in drug-trafficking (not wholly unbelievable), but this is a world where only one character owns a cellular phone and where you never hear kids using the words "fuck" or "shit" or any other expletive really (there's a clever joke about it in the final moments of the film). The language lends itself to this faithful homage to film noir, where words like "fuck" wouldn't have passed the censor, but the lack of cell phones don't. One could view the film as a left-over script from the 40s, cleverly revamped to change the police detective into the high school vice principal and the spider-woman into the high school rich-bitch cheerleader. But our lack of modern technology in a modern universe (the Internet also doesn't make an appearance) comes off more false than it does effective, as if Johnson realized his film wouldn't work with it. That Brick is never stylized or hip is to its credit. With the exception of the opening shot, Johnson paints his film in washed-out colors, blues and grays that never bounce offscreen, but fade into the picture. But that Johnson felt the need to include awkward scenes where the drug dealer's mother serves his goons Kool-aid and apple juice screams of bad idea. 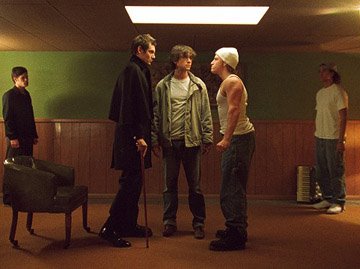 I may be speaking negatively about Brick, but I'm not giving it the credit it certainly deserves. Brick does so many things right, that you can't help but applaud it. It's probably one of the more faithful neo-noirs since L.A. Confidential, which may be one of the reasons why it never achieved the "indie" fame it seemed destined for. The final scene of the film, where Brendan solves our crime in the presence of the spiderwoman, Laura (Nora Zehetner, looking like an anorexic Rose McGowan), our mystery is cracked in long description through Brendan's mouth. It's strange that an audience that appreciated a preach-fest like Crash would reject something like Brick for pulling the wool from our eyes. The ending is not meant to clue in the confused viewer to what has transpired; it's the faithfulness to the film noir genre that necessitates this ending. This is how film noirs ended. Brick may suffer from a few first-film kinks, but a first feature this strong should not go unnoticed.
Posted by reassurance at 10:57 PM

I think what makes Brick work is that high-schoolers' lives are really this dramatic.

This film was meant to be seen as if it was in its own world.
To use the words of Rian Johnson "it's ment to be it's own world, like Gotham city is to batman"

You shouldn't judge it for the bases of being weird, because thats how it was intended to be viewed.